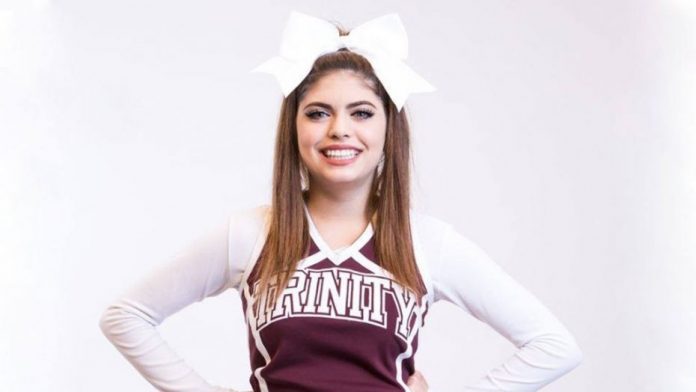 A man has been charged with murdering and sexually assaulting his college cheerleader girlfriend last year after turning himself into authorities Wednesday. 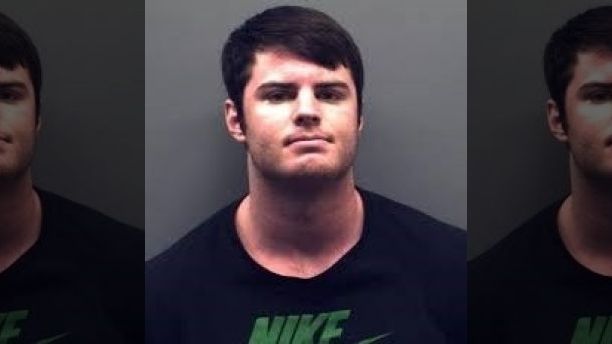 Mark Phillip Howerton has been charged in connection with his ex-girlfriend’s death.

Mandadi, 19, a Trinity University cheerleader, was pronounced dead on Oct. 31 after being taken to the hospital on Oct. 29 by Howerton, My San Antonio reported.

Howerton told authorities he and Mandadi were at a music festival in San Antonio when they began arguing about her ex-boyfriend. Howerton claimed the couple both drank a lot and took the drug Molly during the festival.

While the couple was driving to Houston after the festival, the two continued their argument, authorities said.

Howerton told authorities he made up with Mandadi before they stopped at a gas station to have sex in the car. Howerton said the sex was “rough.” Following the sexual act, Mandadi said she did not feel well before passing out in the car.

When Howerton brought her to the hospital, she was naked from the waist down and had bruises on her neck and thigh, FOX San Antonio reported. Doctors declared Mandadi brain dead. Howerton said his girlfriend stopped breathing while he was driving to the hospital and tried to give her CPR.

Investigators interviewed her friends and sorority sisters, who told them Mandadi had become frightened of Howerton at times. They claimed Howerton took steroids and destroyed her dorm room while having a “roid rage.”

The ex-boyfriend the couple was fighting about told investigators he witnessed Howerton grab Mandadi forcefully at the music festival. He claimed he was trying to get back together with Mandadi after they broke up two months before her death.

Howerton and Mandadi were dating about four weeks around the time of her death. His bond has been set at $225,000. Online records indicate Howerton posted the bond and has been released.

“Mr. Howerton is ready and eager to vindicate himself in court. He’s innocent of the charges, and he’s doing the right thing. If someone has a warrant out for his arrest, then he needs to turn himself in,” Hunter said.