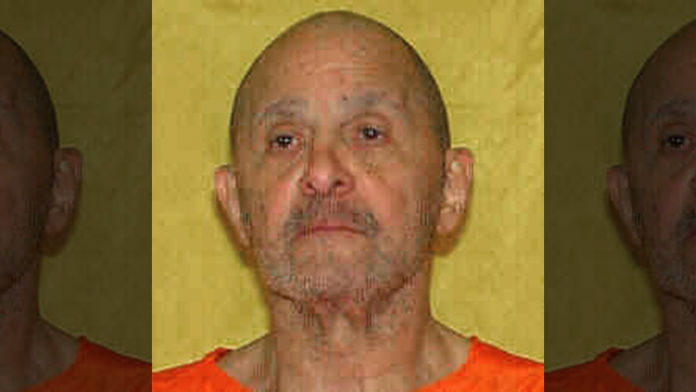 COLUMBUS, Ohio –  Attorneys for a condemned killer whose execution was stopped last year after 25 minutes of unsuccessful needle sticks are once again recommending the firing squad as an alternative.

The execution could also proceed if the state adopts a closely regulated lethal injection process that includes a headpiece to monitor the brain activity of death row inmate Alva Campbell and medicine to revive him if the lethal drugs don’t work, attorneys said in a court filing earlier this month.

Without these measures, Campbell’s execution would involve “a sure or very likely risk of serious harm in the form of severe, needless physical pain and suffering,” Campbell’s federal public defenders said in the Jan. 4 filing.

Campbell, 59, was sentenced to die for fatally shooting an 18-year-old man in a 1997 carjacking.

The state unsuccessfully tried to execute Campbell on Nov. 15 in the state death chamber at the Southern Ohio Correctional Facility in Lucasville.

Prison officials said three examinations found usable veins in Campbell’s arms the day of and the day before the execution. But executioners weren’t able to establish successful IV lines when it came time to put Campbell to death.

As a result, using a firing squad for Campbell must be an option, his attorneys argue.

A firing squad wouldn’t cause severe suffering, doesn’t require drugs Campbell might be allergic to or the need to find a vein. It also doesn’t require the involvement of a doctor, the attorneys said in a 533-page filing.

A firing squad “virtually eliminates the unconstitutional lingering death and other severe physical and mental pain and suffering” that Campbell might suffer by injection, the attorneys said.

“It would seem indisputable that a firing squad produces greater observable effects on the inmate than lethal injection,” Jocelyn Lowe, an assistant attorney general, said in a Thursday filing.

She also called the proposal a “non-starter” since a judge previously said the firing squad is not an execution method recognized under Ohio law.

At least two U.S. states allow the firing squad, including Utah and Oklahoma, which permits it if other methods aren’t available.

Campbell’s attorneys argue lethal injection is permissible as long as his heart rate, blood pressure and breathing are continually monitored and drugs and equipment to revive him are on hand.

During the November execution attempt, executioners provided Campbell a wedge-shaped pillow to help him breathe while he was put to death.

The state isn’t obliged to resuscitate an inmate who’s been administered the state’s three-drug lethal injection system, the state replied.

Ohio’s next execution is Feb. 13, when Raymond Tibbets is scheduled to die for killing a man at his Cincinnati home. Tibbetts also received life imprisonment for fatally beating and stabbing the man’s wife during an argument that same day over Tibbetts’ crack cocaine habit.

Andrew Welsh-Huggins can be reached on Twitter at https://twitter.com/awhcolumbus.