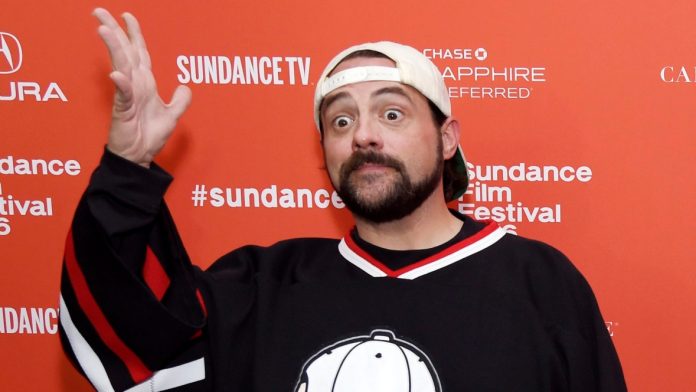 Actor-director Kevin Smith says he had a “massive” heart attack after performing at a Los Angeles comedy show Sunday night.

Smith said on Twitter early Monday morning that if he hadn’t cancelled his second show Sunday and gone to the hospital, he would have died.

After the first show this evening, I had a massive heart attack. The Doctor who saved my life told me I had 100% blockage of my LAD artery (aka “the Widow-Maker”). If I hadn’t canceled show 2 to go to the hospital, I would’ve died tonight. But for now, I’m still above ground! pic.twitter.com/M5gSnW9E5h

Smith credited a doctor with saving his life after the 47-year-old Clerks filmmaker suffered a total blockage of his left coronary artery, often referred to as “the widow maker.”

Smith posted a photo of himself lying in a hospital bed looking stunned. He added: “For now, I’m still above ground.”