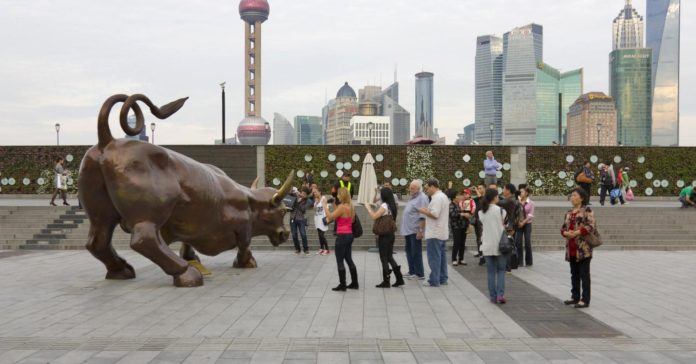 To be sure, China has been steadily pivoting away from manufacturing toward the services sector, which include consumer industries such as real estate, retail and leisure.

Certain sectors of the Chinese economy remain under pressure as a result of a weakening currency and fresh concerns over capital outflows, which officials have been struggling to contain.

Titherington, as well as other experts, however, do not anticipate an imminent financial collapse in China, which is still growing at more than twice the rate of the global economy. However, he added, “The currency is likely to continue to weaken.”

Both the onshore and offshore yuan have seen a fair bit of volatility in recent weeks. Onshore, the dollar received as little as 6.8679 yuan late last week, dropping from levels as high as 6.9603 yuan.

In offshore trade, the yuan traded as high as 6.7815 late last week, amid a spike in overnight borrowing and deposit rates, from levels as low as 6.9872 early last week.

Unexpected moves in the yuan could put Chinese policymakers in a bind. A substantially weakening yuan could prompt a retaliatory response from the U.S., as President-elect Donald Trump previously threatened to punish China for manipulating its currency by imposing tariffs on Chinese goods sold stateside – due to exchange rate conversions, a weak yuan would make Chinese goods cheaper and more competitive abroad.

— Leslie Shaffer contributed to this report.