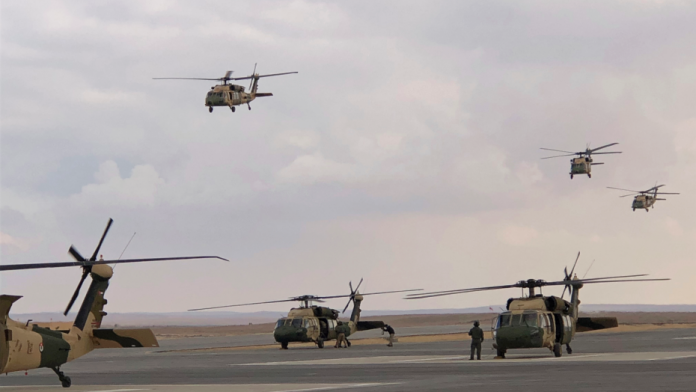 ZARQA, Jordan –  Jordan has marked the U.S. delivery of 12 Black Hawk helicopters over the past nine months with a military ceremony, including a hostage rescue drill and a flyover.

The helicopters are meant to help secure the borders of Jordan against external threats, including from Islamic State extremists in neighboring Syria and Iraq.

IS militants have been pushed back from large swaths of territory by a U.S.-led military coalition in which Jordan plays a key role.

Sunday’s ceremony at a Jordanian military base was attended by Gen. Joseph Votel, commander of the U.S. Central Command.

The Royal Jordanian Air Force and its Quick Reaction Force showcased the Black Hawks in a drill showing the rescue of a wounded hostage.

The aircraft were delivered between March and December 2017.