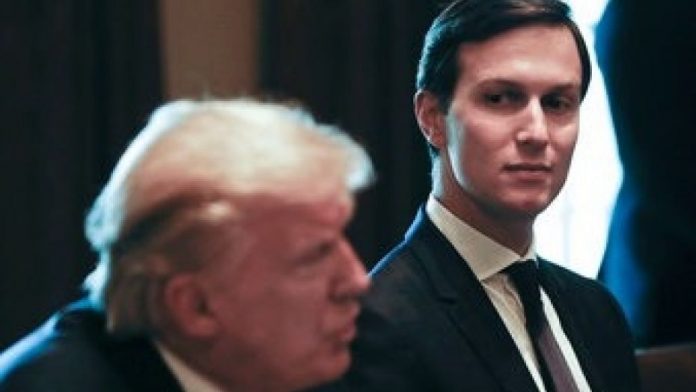 Jared Kushner was interviewed by Mueller investigators this month.

Jared Kushner was questioned by investigators working for special counsel Robert Mueller this month regarding interactions with a Russian ambassador, according to multiple reports late Wednesday.

Investigators questioned Kushner about a meeting he had with an unnamed Russian ambassador and former national security adviser Michael Flynn, the New York Times reported. The Associated Press also reported about the meeting, citing a source.

The meeting reportedly took place during President Trump’s transition into the White House. Other details about the topics of the meeting were unclear.

Attorneys for Flynn told the president’s team that they could no longer discuss Mueller’s probe into Russia’s involvement with the election.