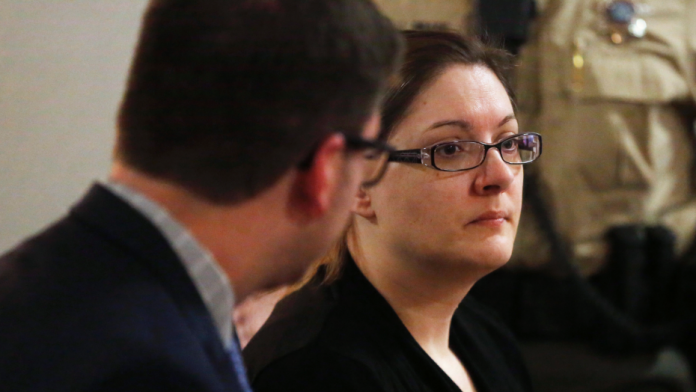 DES MOINES, Iowa –  An Iowa woman convicted of murder in the starvation death of her 16-year-old daughter has been given three life sentences.

The sentences were handed down Friday to 43-year-old Nicole Finn of West Des Moines. She was convicted last month of first-degree murder and three counts of kidnapping.

Authorities say Natalie Finn weighed only 85 pounds when she died in October 2016. Experts testified that her siblings, Mikayla and Jaden, were at risk of starving to death as well and spent months recovering after Natalie suffered cardiac arrest.

Finn’s ex-husband, Joe Finn II, has pleaded not guilty to kidnapping, neglect or abandonment and child endangerment. He wasn’t living with the rest of the family when Natalie died. His trial begins April 30.

This story has been corrected to show that Nicole Finn is from West Des Moines, not Des Moines.