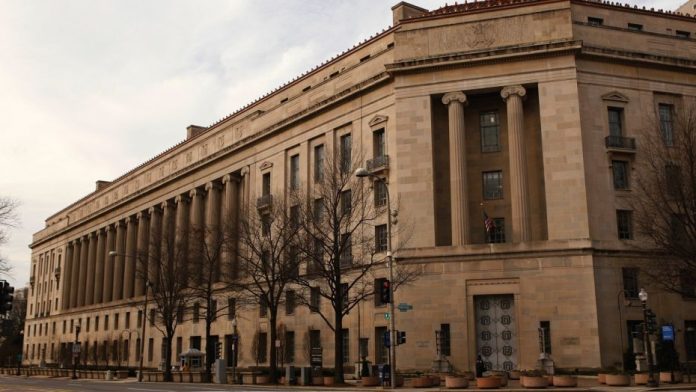 The Justice Department building in Washington.

An immigration attorney in Indianapolis pleaded guilty Thursday to a fraud scheme in which he filed more than 250 false visa applications on behalf of clients, the Department of Justice said.

“Individuals who commit immigration fraud undermine and abuse our generous immigration system—a system that lawfully admits more immigrants than any other country in the world—and put our public safety and national security at risk,” Attorney General Jeff Sessions said in a statement about the case.

Prosecutors said Paul orchestrated a scheme to submit fraudulent applications for U-visas, reaping about $750,000 in fraudulent fees. According to the U.S. Citizenship and Immigration Services, U-Visas provide temporary immigration benefits to foreign nationals who are victims of crimes.

Paul admitted in the plea agreement that he submitted more than 250 fraudulent applications between 2013 and 2017, falsely claiming his clients had been victims of a crime and had helped law enforcement in a criminal investigation.

He submitted “unauthorized copies” of a certification he obtained from the U.S. Attorney’s office in 2013, prosecutors added. The attorney charged his clients $3,000 per application, they said.

“President Trump promised voters he would return this country to a lawful system of immigration, and this Justice Department is committed to fulfilling that promise by rooting out fraud and abuse,” Sessions said. “We will not tolerate fraud at any level, and will bring those who engage in fraud to justice.”

Paul will be sentenced in early 2018, the department said.