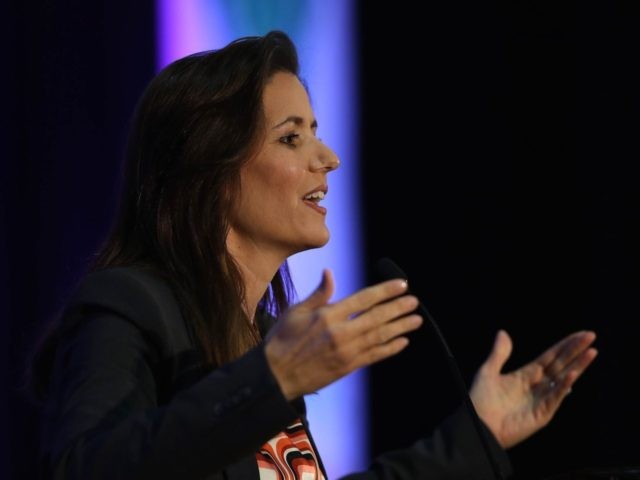 The operation was called “Keep Safe,” SFGate.com reported, and bore –perhaps coincidentally — the same initials as Kate Steinle, the 32-year-old woman who was killed by an illegal alien on a pier in San Francisco in July 2015.

Mayor Schaaf had warned Saturday that there might be ICE raids in the area. “Earlier today, I learned from multiple credible sources that the U.S. Immigration and Customs Enforcement (ICE) is preparing to conduct an operation in the Bay Area, including Oakland, starting as soon as within the next 24 hours,” Schaaf told the local news media.

On Monday, immigrant advocacy groups and even fellow Democrats criticized Schaaf for causing panic. The initial surprise of her warning “turned to confusion and anger as large-scale immigration sweeps did not materialize,” the Los Angeles Times reported. Instead, ICE agents focused on specific targets, half of whom had criminal convictions.

Then, on Tuesday, federal officials told SFGate.com that “Oakland Mayor Libby Schaaf’s decision to alert the public to the secret operation may have allowed some targets to elude capture” during the sweep.

In statement Tuesday reported by SFGate.com, Acting Director of ICE Thomas Homan said: ” “Sanctuary jurisdictions like San Francisco and Oakland shield dangerous criminal aliens from federal law enforcement at the expense of public safety. … Because these jurisdictions prevent ICE from arresting criminal aliens in the secure confines of a jail, they also force ICE officers to make more arrests out in the community, which poses increased risks for law enforcement and the public.”

Joel B. Pollak is Senior Editor-at-Large at Breitbart News. He was named to Forward’s 50 “most influential” Jews in 2017. He is the co-author of How Trump Won: The Inside Story of a Revolution, is available from Regnery. Follow him on Twitter at @joelpollak.