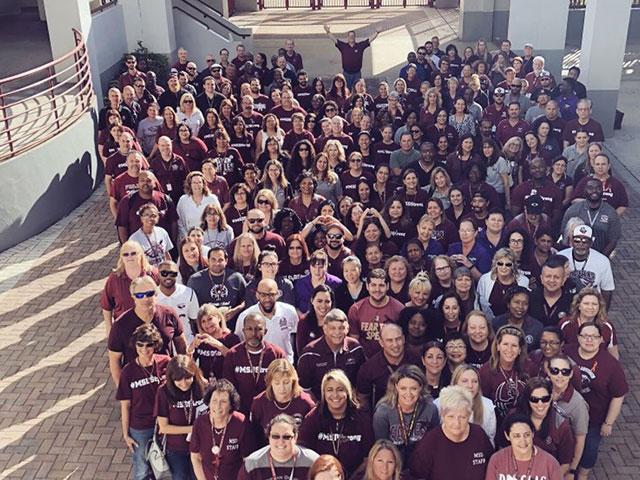 Students at Marjory Stoneman Douglas High School in Parkland, Florida, are returning to class Wednesday morning for the first time since the deadly shooting two weeks ago.

According to ABC News, there will be extra security and all off-duty Broward County Law Enforcement Officials will be there to greet the students.

Grief counselors are on campus “to provide a lot of love, a lot of understanding,” Broward Schools Superintendent Robert Runcie said, and counselors will be on campus indefinitely.

The school’s principal also noted that today will not be about learning, tweeting at students to “come ready to start the healing process and reclaim the nest.”

Looking forward to tomorrow Eagles! Remember our focus is on emotional readiness and comfort not curriculum: so there is no need for backpacks. Come ready to start the healing process and #RECLAIMTHENEST

“I don’t think anyone is physically prepared or mentally prepared to walk through those red gates,” Student Nicole Velasquez said.

Officials say the freshman building where the shooting happened will remain closed. Students have taken to Twitter, offering support and reminders to each other with the hashtag “ReclaimTheNest.”

I’m really nervous about going back. I know things will be different and weird, but I’m eager to see all my friends tomorrow as we #RECLAIMTHENEST together through an endless amount of hugs #msdstrong

As my community still grieves, the students returned with their heads held high. We are #MSDEagles #MSDStrong #NeverAgain #parklandstrong pic.twitter.com/HGEzfNNz7X

I haven’t been this nervous dropping my kid off at school since kindergarten. #MSDStrong #NeverAgain #RECLAIMTHENEST

Today is the day. It’s been 2 weeks and now we’re going back to school for the first time. I’m ready. We’re all ready. #RECLAIMTHENEST

hi in roughly 7 hours we go back to douglas for the first time. im nervous but im glad that we can #RECLAIMTHENEST and to see everyone again

Meanwhile, Dick’s Sporting Goods has announced it will stop selling assault-style rifles in its stores.

And Dick’s Chairman and CEO Edward Stack says the store won’t sell guns to anyone under 21 years old.

The gunman in the Parkland school shooting had used an AR-15 rifle.