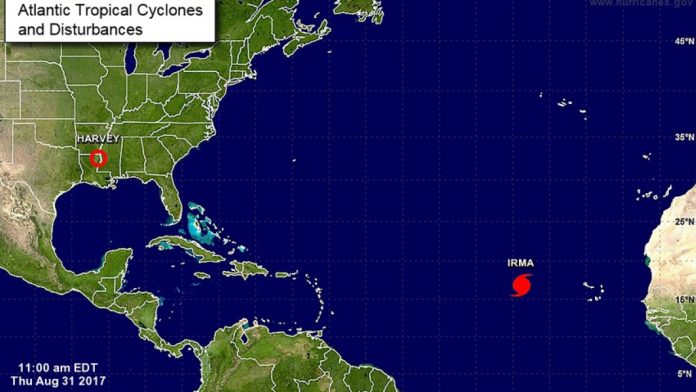 (Note: CBC does not endorse and is not responsible for the content of external links.)

Irma has strengthened over the eastern Atlantic to become the fourth hurricane of the 2017 Atlantic season, the U.S. National Hurricane Center said in its latest advisory Thursday.

Irma is forecast to become a major hurricane by Thursday night and “expected to be an extremely dangerous hurricane for the next several days,” NHC says.

Irma is located about 3,000 kilometres east of the Leeward Islands with maximum sustained winds of 155 km/h, the Miami-based weather forecaster said.

An AccuWeather forecaster said the storm will take about a week for the system to make its trek westward across the Atlantic Ocean.

Its website said the eastern Caribbean will need to monitor the storm’s progress.