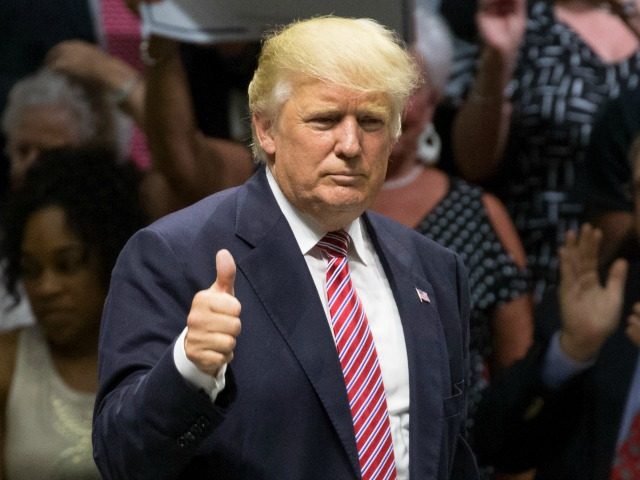 “At the request of the Governor of Texas, I have signed the Disaster Proclamation, which unleashes the full force of government help!” President Trump Tweeted Friday night. His signature opens the door for federal resources and manpower to come to the assistance of Texas as officials begin the work of recovering from the storm while devastating rains and winds continue.

At the request of the Governor of Texas, I have signed the Disaster Proclamation, which unleashes the full force of government help!

Hurricane Harvey came into Texas with winds of 130 mph and heavy storm surges. The timing of the storms crossing into Texas coincided with the high tides making flooding more likely.

“I want to thank the President and FEMA for their quick response in granting this disaster declaration,” Texas Governor Greg Abbott responded. “We will continue to work with our federal and local partners on all issues relating to this storm, and I encourage Texans to continue heeding all warnings from local officials.”

With the signing of the federal disaster declaration, Texas will be able to use federal resources in order to help provide Individual Assistance, Public Assistance and Hazard Mitigation to Texas communities.

Governor Abbott praised the president and his administration for their help in advance of Hurricane Harvey. “It’s been very impressive,” Abbott told Sean Hannity on Fox News Friday night.

Earlier on Friday, Abbott told reporters, “This is going to be a major disaster. My goal is to make it through this storm in a way that we lose no lives.”

While tonight, the emphasis is on wind damage and coastal flooding, over the next few days that concern will shift to major flooding as the storm stalls just inside the Texas coast. The storm is expected to remain at hurricane-force through Saturday and weaken to a tropical storm before moving back to the gulf near Port Lavaca.

It will gradually make its way to the Houston metropolitan area by Wednesday, but not before dumping between 30 and 40 inches across the flat areas of south-central Texas.