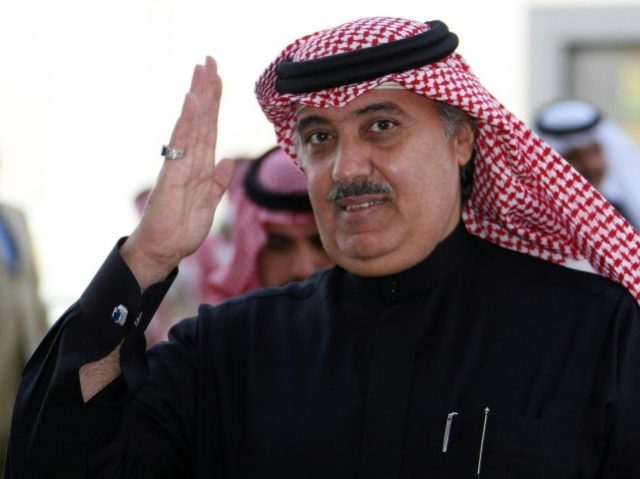 Saudi Prince Miteb bin Abdullah, son of the late King Abdullah and the highest-ranking royal to be imprisoned during Crown Prince Mohammed bin Salman’s corruption crackdown, was released on Tuesday after three weeks of detention.

Prince Miteb paid a huge financial settlement, reportedly in excess of one billion dollars, to resolve the corruption charges against him. The charges are said to have included “embezzlement, hiring ghost employees and awarding contracts to his own firms, including a deal for walkie talkies and bulletproof military gear.”

CNN notes that Miteb was “seen as a hurdle in the meteoric rise of Saudi Crown Prince Mohammed bin Salman, who led the arrest sweep.” Until he was removed from his position by royal decree in early November, he was the commander of the Saudi National Guard, a powerful military force with strong tribal ties kept separate from the ministries of interior and defense. The National Guard was, in other words, the most powerful element of the Saudi security apparatus that was not under Crown Prince Mohammed’s control.

Miteb, who is 65, was also seen as a strong contender for the throne before the rise of the much younger MBS. He was the last member of the late King Abdullah’s branch of the family to hold a top position in Saudi government.

Saudi government sources said most of the two hundred or so detainees held in the anti-corruption problem would be released soon, after making settlement arrangements. Crown Prince Mohammed recently stated that about “95 percent” of the accused have agreed to financial settlements. Details remain vague about the fate of arguably the richest and most internationally famous of the detainees, Prince Alwaleed bin Talal.