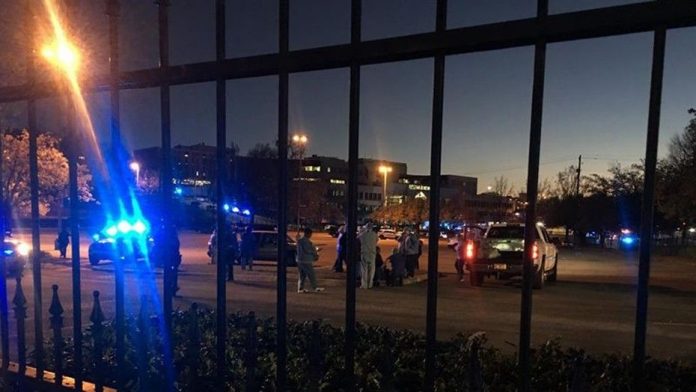 One man is dead and another is in critical condition after a gunman opened fire at an Alabama hospital before fatally shooting himself, police said early Thursday morning.

The episode, WBRC Fox 6 reported, took place on the second floor of the UAB Highlands Hospital about 7 p.m. A gunman reportedly shot two male hospital employees before turning the gun on himself.

“One victim is in stable condition,” Birmingham police Lt. Peter Williston said early Thursday morning. “Unfortunately, I have to report the second victim did not survive and was pronounced deceased during surgery,” he said.

Capt. H.R. Waton of Birmingham Fire and Rescue told reporters all three individuals involved were critically injured, according to the news station.

He added that officials aren’t clear about any connection between the three individuals involved, adding that police “still have a lot to find out.”

UAB Highlands is a campus of UAB Hospital, which is part of the medical school at the University of Alabama at Birmingham.

UAB tweeted late Wednesday that all surgeries scheduled for Thursday where the shooting occurred were being canceled.