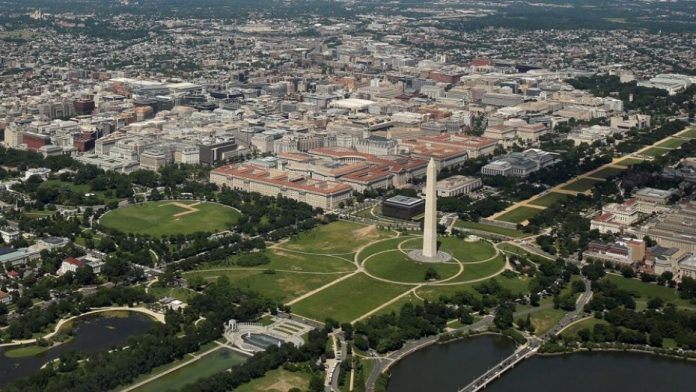 Monday marks the start of another workweek for many Americans, but hundreds of thousands of government employees have now been furloughed as the shutdown enters its third day — and its first weekday.

The federal government ran out of funding Friday night at 11:59 p.m. ET, after Republicans and Democrats failed to reach a short-term deal to fund the government another 30 days and give more time for negotiations on a larger, long-term spending package.

The Senate inched closer over the weekend to an agreement to reopen federal agencies, but fell short. Federal workers were among the first to feel the hit.

But not everybody gets sent home.

During a shutdown, federal employees generally fall into one of three categories: furloughed, excepted or exempted.

President Trump is an exempted federal employee, as Article II, Section 1 of the Constitution forbids the president’s salary to be reduced while in office. But just 21 of 96 members of the White House residential staff would report to the grounds during a shutdown.

“Essentially, our core group of residence staff would still report to work to ensure that basic services are still provided to the first family,” said Stephanie Grisham, spokeswoman for first lady Melania Trump.

Congress, which has been in and out of session for days to reach some sort of agreement to get the government up-and-running, is exempt. Salaries for House and Senate lawmakers are written into law, not funded through annual appropriations, but congressional staff and employees could be subject to furlough.

But nearly all federal employees that are designated as “non-essential” or “non-emergency” are furloughed, meaning they cannot come into work and are on unpaid leave for the duration of the shutdown.

During the last shutdown, in 2013, 850,000 federal workers were furloughed each day, according to the Office of Management and Budget.

Financial regulators, like The Securities and Exchange Commission (SEC) and Commodity Futures Trading Commission (CFTC), would be forced to furlough thousands of workers who monitor the financial markets. And the vast majority of workers at the Federal Communications Commission (FCC) are furloughed, with just 37 employees retained during the shutdown to cover critical IT issues and FCC functions related to national security.

Excepted employees are those who have been designated “essential” for emergency operations. These employees are required to come into work, as normal, but are not paid during the shutdown. This group of federal employees includes all in military uniform, and much of the Pentagon’s bureaucracy, who will continue their posts, but without any compensation.

Despite the lack of pay, funding for security operations, in the U.S. and overseas, continues to flow, in an effort to maintain protection for deployed troops. But non-essential Pentagon employees are likely to be initially put on furlough. During the 2013 shutdown, a total of about 400,000 Pentagon civilian employees were put on temporary leave without pay.

Defense Secretary Jim Mattis said the shutdown would have a “terrible impact” on the military, but that missions would “continue.”

The Central Intelligence Agency will be largely unaffected by the shutdown.

“We’re going to continue crushing our adversaries whether the government’s open or closed,” CIA Director Mike Pompeo said Monday on “CBS This Morning.”

State Department employees also will continue to work, but without pay. Those employees have been designated as necessary for “the safety of human life or the protection of property,” or national security.

And some federal employees are exempt from the shutdown all together. The difference between these employees is that their pay, throughout the year, does not come from annual appropriations.

The majority of employees from the Department of Homeland Security will remain on the job, with approximately 210,000 of the agency’s 241,385 employees exempt from a shutdown, according to department protocols. Still, though, at least 30,000 DHS employees will be forced to stay home without pay.

DHS employees, including Customs and Border Protection (CBP), Immigration and Customs Enforcement (ICE), Coast Guard, Secret Service and the Transportation Security Administration (TSA) are considered “exempt” from the shutdown due to the law enforcement mission of the agencies which affect national security.

The Justice Department is expected to lose at least 20,000 employees to furlough, but due to the agency’s law enforcement and national security responsibilities, the agency said the majority — 80 percent — of its employees will continue to perform duties.

Special Counsel Robert Mueller’s probe into Russian meddling and potential collusion with Trump campaign officials will continue through the shutdown, as its funding does not come from annual appropriations.

The Senate is considering a new proposal Monday that would fund the government through Feb. 8. — which Democrats could agree to, in return for commitment from Republican leadership to immediately address immigration policy.