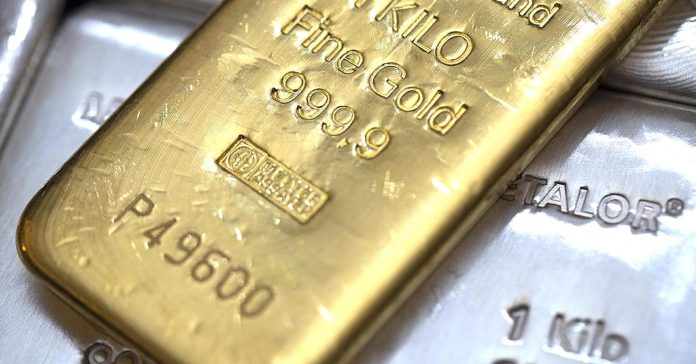 “It maps the repeated January jitters over the coming year’s political risks, plus the increasing weight of Lunar New Year demand from China – now the single busiest gold shopping festival ahead of India’s Diwali,” he told CNBC via email.

“Revived Chinese demand has now held the Shanghai premium (over and above the global benchmark of London settlement) at a strong $12 per ounce even since the Year of the Rooster began – some 4 times the typical incentive to new imports of the last half-decade. That’s extended the physical support for gold prices which was so lacking late last year.”

Real interests rates (the interest rate minus inflation) are another major factor. According to U.S. Global Investors CEO Frank Holmes, when real interest rates are negative, such as in the U.K. and the U.S., gold rises in that country’s currency.

“The government’s only going to pay you 50 basis points for five years. Take away 2 percent inflation, you’re losing 150 basis points.”

He suggests investors should have a 10 percent weighting of gold in their portfolio and rebalance once a quarter.