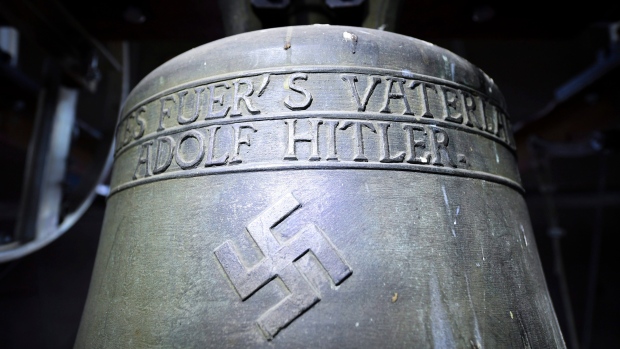 A small town in southwestern Germany has decided to keep a church bell dedicated to Adolf Hitler ringing, but as a memorial to spark dialogue about violence and injustice.

The DPA news agency reported Tuesday the Herxheim am Berg council voted 10-3 to preserve the bell, which carries the inscription “Everything for the Fatherland — Adolf Hitler” above a Nazi swastika, as a memorial in its Protestant church.

State church authorities had offered to fund replacing the bell, which were widespread during the Nazi era but mostly removed after the war.

But a study had concluded removing it would be akin to “fleeing from an appropriate culture of remembrance” and recommended either leaving it in place with an explanatory plaque, or putting it in a museum.