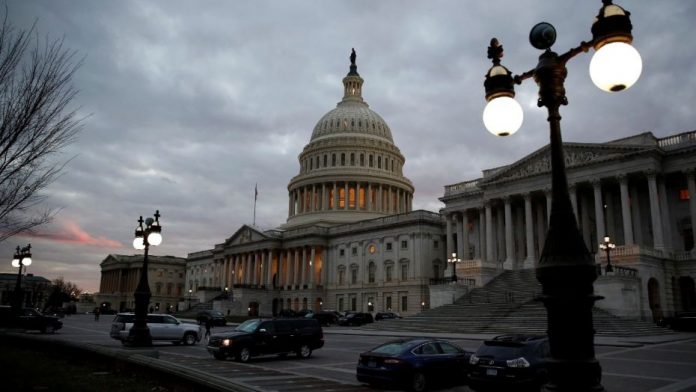 The U.S. Capitol building is lit at dusk ahead of planned votes on tax reform in Washington, U.S., December 18, 2017. REUTERS/Joshua Roberts – RC1E8A958EE0

When it comes to the Russia investigation, voters tend to trust that Congress is protecting the country — and not playing politics.  That’s according to a new Fox News Poll, which asked the question two ways.

By a nine-point margin, voters say the higher priority for Congressional Republicans is protecting U.S. elections from outside interference, rather than just “standing with President Trump” (47-38 percent). 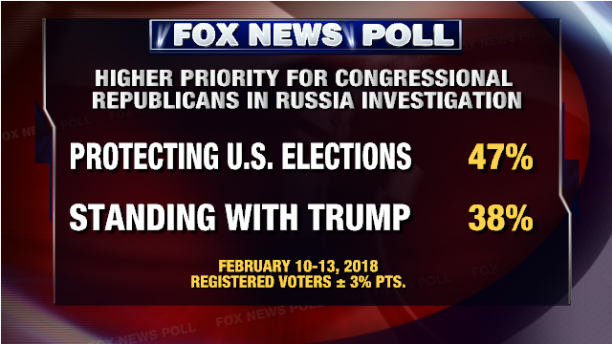 There’s even more faith in Democrats’ motives.  By a 20-point margin, voters think the priority for Congressional Democrats is protecting the country’s elections, instead of “making President Trump look bad” (53-33 percent). 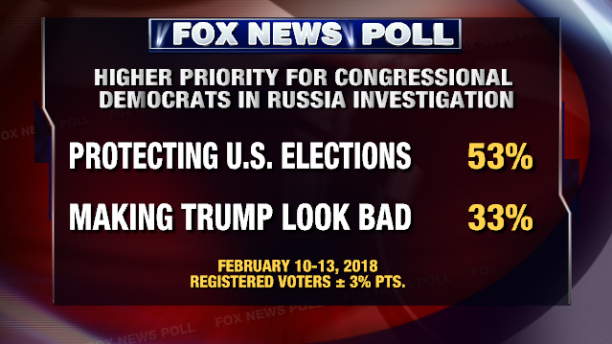 Faith in U.S. intelligence agencies, however, has taken a hit.  In June, 74 percent were at least somewhat confident the agencies could keep Russia or others from hacking into U.S. election systems.  In the poll released Wednesday, only 60 percent feel that way.

There’s also less confidence that Special Counsel Robert Mueller will treat the White House fairly in the Russian meddling investigation.  That’s down to 66 percent, from 73 percent in June.

By a 23-point margin, more voters disapprove (56 percent) than approve (33 percent) of how President Trump is handling the investigation into Russian involvement in the 2016 election.  He was underwater by 16 points last June 2017.

The drop comes completely from Republicans: 87 percent had a great deal or some confidence in the FBI last year, compared to 65 percent today.  At the same time, confidence held steady among Democrats and went up a couple points among independents. 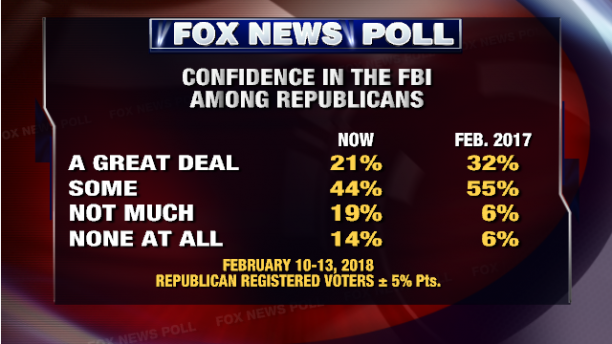 A memo from Republicans on the House Intelligence Committee accusing the FBI of abuses in the Russia investigation was released February 2.

The poll also asks voters about their confidence in other institutions.

The Fox News poll is based on landline and cellphone interviews with 1,005 randomly chosen registered voters nationwide and was conducted under the joint direction of Anderson Robbins Research (D) and Shaw & Company Research (R) from February 10-13, 2018.  The poll has a margin of sampling error of plus or minus three percentage points for all registered voters.