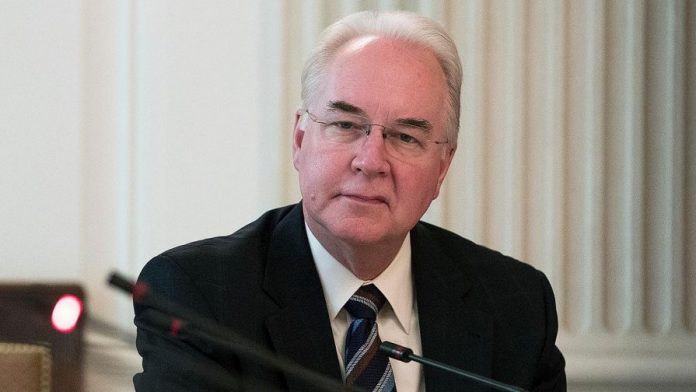 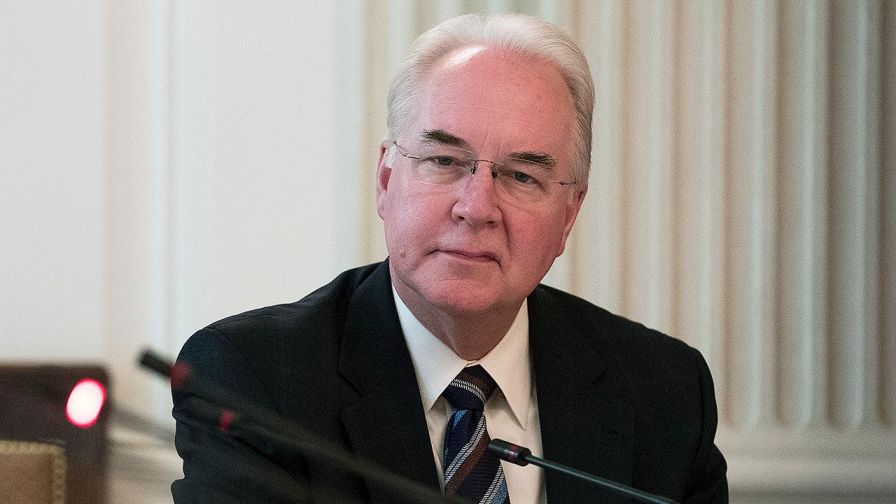 Tom Price, the secretary of Health and Human Services, resigned from his post at the White House Friday evening, following criticism of his use of private planes.

Price is the latest departure in a growing group of people who have left the young Trump administration in just its first year – a group that includes former press secretary Sean Spicer, F.B.I. director James Comey and chief strategist Steve Bannon.

Read on for a running list of who has left the White House since Trump took office.

Taking over as acting attorney general following the departure of Loretta Lynch, Sally Yates was removed from her position on January 30.

Yates refused to enforce Trump’s controversial travel ban and issued a memo to the Justice Department not to defend the executive order.

Michael Flynn, Trump’s embattled national security adviser, resigned on February 13 after it was revealed that he apparently lied about conversations he had with the Russian ambassador.

RNC OFFICIALS WHO FOLLOWED SPICER, PRIEBUS TO WHITE HOUSE WORRIED ABOUT THEIR JOBS

“I have nothing to be ashamed for and everything to be proud of,” Flynn told Fox News at the time.

Manhattan federal prosecutor Preet Bharara was fired on March 11 after he declined to willingly resign from his job.

The Justice Department said in March that attorneys general who were holdovers from the Obama administration needed to resign. Bharara refused to do so.

“I did not resign. Moments ago I was fired,” Bharara tweeted. “Being the US Attorney in [the Southern District of New York] will forever be the greatest honor of my professional life.”

Deputy chief of staff Katie Walsh resigned on March 30 after a Trump-backed health care bill failed to make it through the House, according to The Associated Press.

She left the White House to join the pro-Trump nonprofit America First Policies.

Trump abruptly fired Comey in a brief letter on May 9, saying that Comey could not “effectively lead” the bureau any longer.

Trump repeatedly criticized Comey’s handling of the investigation into former Secretary of State Hillary Clinton’s personal email server, and Comey said after his firing that he felt uncomfortable by comments Trump made about the F.B.I.’s investigation into Flynn.

Comey reportedly was speaking to employees in Los Angeles when news of his ousting came across the television. At the time, according to reports, Comey thought it was a prank.

While former White House Communications Director Michael Dubke tendered his resignation quietly on May 18, he stayed on with the administration until after the president’s first foreign trip.

He said that he resigned due to “personal” reasons.

Office of Government Ethics Director Walter Shaub Jr. announced on July 6 that he was resigning from his job after clashing with Trump. His final date in office was July 19.

In his position, Shaub was often at odds with the Trump administration, particularly when it came to Trump’s business dealings.

HOW TRUMP’S VIEW OF SESSIONS HAS CHANGED OVER TIME

Shaub joined the Campaign Legal Center, an organization in Washington that mostly focuses on violations of campaign finance law.

White House Press Secretary Sean Spicer’s job isn’t officially over yet, but it will be soon.

After the hiring of White House Communications Director Anthony Scaramucci, Spicer announced his resignation on July 21. In a tweet, Spicer said he would stay on in his role until August.

White House Assistant Press Secretary Michael Short resigned on July 25 after Scaramucci informed Politico of his intent to fire him.

“This is the problem with the leaking,” Scaramucci reportedly told reporters. “This is actually a terrible thing. Let’s say I’m firing Michael Short today. The fact that you guys know about it before he does really upsets me as a human being and as a Roman Catholic.”

Short eventually resigned later in the day, saying it was a “a privilege to serve” Trump.

“I am pleased to inform you that I have just named General/Secretary John F Kelly as White House Chief of Staff,” Trump tweeted.

“He is a Great American and a Great Leader,” Trump said. “John has also done a spectacular job at Homeland Security. He has been a true star of my Administration.”

“I would like to thank Reince Priebus for his service and dedication to his country. We accomplished a lot together and I am proud of him,” he continued.

The replacement of Preibus as chief of staff came amid tensions between he and then-White House communications director Anthony Scaramucci.

The announcement of Anthony Scaramucci, 53, as the White House communications director on July 21 set into motion a big shakeup in White House staff, resulting in the resignations of press secretary Sean Spicer and chief of staff Reince Priebus.

But Scaramucci himself lasted only 10 days in the White House. He was reportedly removed at the request of new White House chief of staff John Kelly.

Kelly was sworn in as chief of staff just hours before Scaramucci was removed.

Steve Bannon was removed from his position as White House chief strategist on Aug. 18.

“White House Chief of Staff John Kelly and Steve Bannon have mutually agreed today would be Steve’s last day. We are grateful for his service and wish him the best,” the White House said in a statement.

The notorious Breitbart News chief joined Trump’s presidential campaign and was later appointed to a senior adviser role after Trump won the election.

Questions about Bannon’s future in the Trump administration abounded following the president’s controversial response to the deadly violence in Charlottesville, Va., during a white nationalist rally.

“I like him. He’s a good man. He’s not a racist … but we will see what happens with Mr. Bannon,” Trump said a press conference a few days before his removal.

The White House announced that Sebastian Gorka, deputy assistant to Trump, was no longer a part of the administration during a Friday evening news dump on Aug. 25.

White House officials told Fox News that Gorka did not resign but confirmed that he “no longer works” with the administration.

However, Gorka insisted to the Washington Examiner that he did actually resign.

“It’s very disappointing that someone wished to spin this,” Gorka said.

A former Breitbart news editor, Gorka joined the Trump administration as a counterterrorism adviser and assisted with national security policy decisions alongside Bannon, according to White House sources.

Like others, Gorka was a controversial figure in the Trump administration and was accused of having ties to white supremacist groups. Also like Bannon, Gorka is expected to return to Breitbart.

Tom Price officially resigned from his post at the White House Sept. 29, according to a statement released by Press Secretary Sarah Sanders.

The move came after Price received major criticism following reports of his use of private planes.

Price announced Thursday that he would repay the government for his costly flights, a move he described as “unprecedented” in an interview with Fox News’ “Special Report” host Bret Baier.

He also vowed to never take a private charter plane again while in his post as secretary.

President Trump had suggested in recent comments to the press that he was considering firing Price, some made as early as Friday afternoon.

“He’s a very fine man, but we’re going to make a decision sometime tonight,” the president told reporters before boarding Marine One at the White House on Friday.

Trump will tap Don J. Wright as acting secretary. Wright currently serves as the deputy assistant secretary for health and director of the Office of Disease Prevention and Health Promotion.