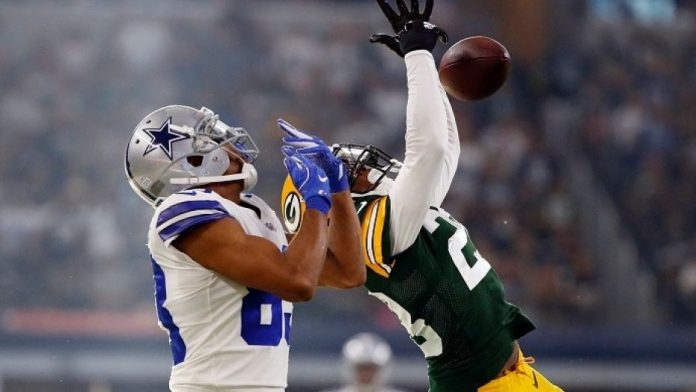 A Florida man lit himself on fire Sunday after the Dallas Cowboys lost to the Green Bay Packers.

A Florida man was burned more ways than one on Sunday.

A 27-year-old Vero Beach man lit his Dallas Cowboys jersey on fire Sunday after losing a bet to his wife — but he set the shirt alight while he was still wearing it, Sebastian Daily reported.

The man, who told deputies he was intoxicated, went outside to incinerate his jersey after the Cowboys lost to the Green Bay Packers, but he attempted to keep the lit jersey on and was soon burned.

His family members ripped the burning shirt off him before transporting the man, who was not identified, to the Indian River Medical Center.

“Skin was hanging off his arm and back,” a witness told Sebastian Daily.

The burned fan suffered third-degree burns on his right arm and right hand and second-degree burns to his back, Sebastian Daily reported.

The man nearly didn’t have to go through with the burning bet.

The Cowboys had the lead in Sunday’s game until Packers quarterback Aaron Rodgers threw a 12-yard touchdown pass with 11 seconds left, lifting Green Bay over Dallas, 35-31, and setting the fiery course of events in motion.