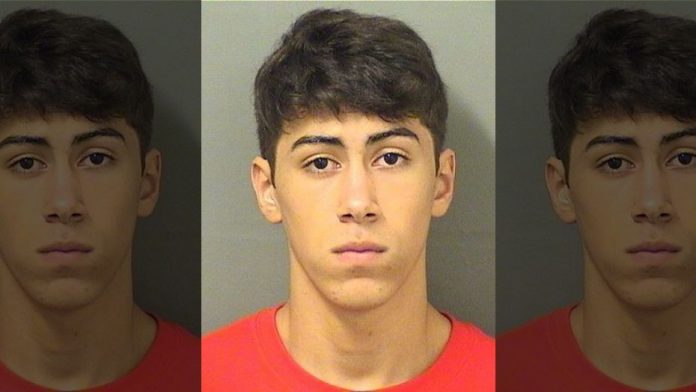 Timothy Adam Walding, 18, allegedly raped his neighbor then offered to make it up to his victim, according to an arrest report.

A Florida teen allegedly raped his neighbor at knifepoint while wearing a mask, then offered to make it up to his victim by “doing some yard work or by fixing something” around her house, according to an arrest report.

Timothy Adam Walding, 18, of Boynton Beach, is being held without bond at the Palm Beach County Jail on charges of three counts of sexual assault with a weapon and single counts of burglary and false imprisonment following the attack on Friday, the Palm Beach Post reports.

At some point, the woman realized Walding lived nearby. He eventually untied her and let her leave her home to smoke a cigarette, the report said.

“You really should deadbolt your door because I didn’t really want to do this, but I had to do it,” Walding told the woman. He also asked her if “he could make this up to her by doing some yard work or by fixing something around her house,” according to the report.

Walding returned to his home about 90 minutes later, at which point the woman returned inside her home to call for help.