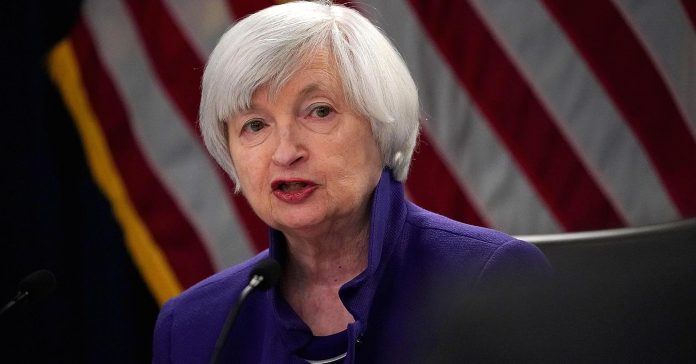 In Janet Yellen‘s final meeting as Fed chair, the central bank decided Wednesday against increasing its benchmark interest rate but indicated it expects inflation pressures to heat up as the year moves on.

The policymaking Federal Open Market Committee said current conditions indicate that the overnight funds rate should remain anchored at 1.25 to 1.5 percent. The decision, which came at the end of a two-day meeting, was widely expected.

Rather than looking for a move on rates, market participants were watching the January Fed meeting for clues on how the central bank might proceed for the rest of the year.

According to projections released in December, officials expect three rate hikes this year so long as there is no significant disruption to market conditions. However, the market recently has been entertaining thoughts that the Fed could add another increase, likely at the final meeting of 2018.

Government bond yields have been moving up considerably in anticipation of inflation pressures and a more active Fed.

“We had a hawkish hold here,” said Joe Brusuelas, chief economist at RSM. “What that growth forecast implies is there are upward revisions coming to growth and likely a chance in the balance of risks due to inflation moving toward the central bank’s target.”

Bruseulas thinks the Fed should alter its forecast for three rate hikes this year to four.

A tweak in the post-meeting statement could influence the market’s view on the rate path.

“Inflation on a 12-month basis is expected to move up this year and to stabilize around the Committee’s 2 percent objective over the medium term,” the statement said. “Near-term risks to the economic outlook appear roughly balanced, but the Committee is monitoring inflation developments closely.”

The observation on inflation differed from the December statement, which noted that core and headline measurements “have declined” and were “running below 2 percent.”

In addition, this week’s statement noted that “market based measures of inflation compensation have increased in recent months but remain low,” a tweak from December which simply noted that the measures “remain low.”

Inflation has been running consistently below the Fed’s mandated target, most recently hovering around the 1.5 percent range. But there have been signs lately that wage pressure is heating up.

The Employment Cost Index, a gauge believed to be watched closely within the Fed’s halls, showed a 2.6 percent increase for the full year in 2017, the biggest gain since before the financial crisis.

Prior to the meeting, the market was pricing in just a 28 percent or so chance of a December rate hike. The market widely expects a quarter-point increase in March.

Other parts of the Fed statement were little changed from the December meeting.

Committee members removed language that discussed the effects that the violent hurricane season had on economic activity. Officials had not expected the storms to have long-range impacts on growth but did note that there would be effects over the near term.

The decision not to hike rates passed unanimously.

The January meeting marked Yellen’s last as chair; Jerome Powell will take over as chairman within the next few days.