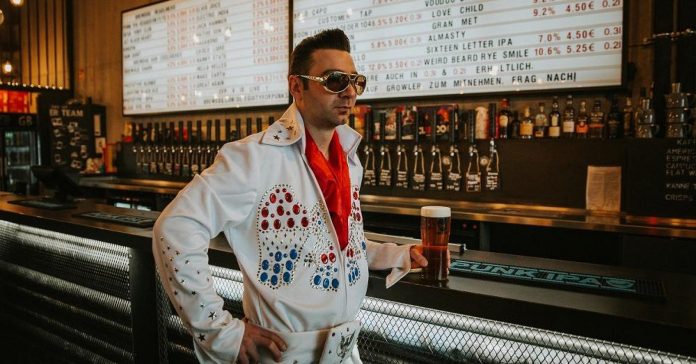 Elvis Presley’s estate has lost a trademark dispute with the makers of a British craft beer in a case that started in October 2016.

The King looks to be back in the building for beer company Brewdog, which has won the right to use the name “Elvis Juice” for one of its products.

BrewDog launched the drink, a grapefruit-flavored IPA (or India Pale Ale), in 2015 and claims that it is the U.K.’s third best-selling craft beer.

But in 2016 Authentic Brands Group (ABG), which manages Elvis Presley’s name and official events, wrote to founders James Watt and Martin Dickie instructing them not to use it.

The pair responded by changing their first names to “Elvis” by deed poll, in the hope that doing so would demonstrate the lack of exclusivity of the name Elvis. But the U.K.’s Intellectual Property Office (UKIPO) ruled in favor of ABG last July, saying it was likely that drinkers would think the beer was an official product.