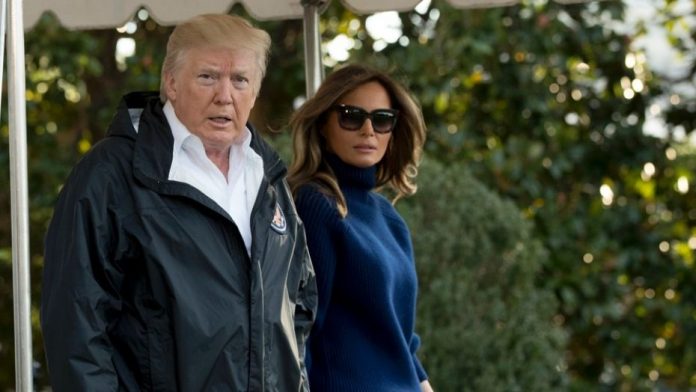 President Donald Trump, accompanied by first lady Melania Trump, walks to board Marine One on the South Lawn of the White House in Washington, Tuesday, Oct. 3, 2017. (AP Photo/Andrew Harnik)

The hidden donors to a prominent anti-Trump “resistance” organization are revealed in unredacted tax forms obtained by the Washington Free Beacon.

The Center for Community Change, a Washington, D.C.-based 501 (c)(3) progressive community organizing group that does not reveal its donors, has been involved in direct action against President Donald Trump and Republicans before and after the November elections. The organization’s members sit on the boards of other prominent liberal activist groups.

The Free Beacon has obtained the group’s unredacted 2015 tax forms that shed light on its funders, who provide millions of dollars in assistance. The group appears to rely heavily on a few major liberal foundations, organizations, and unions.

The Center for Community Change’s largest contribution was $3,000,000 from the W.K. Kellogg Foundation, which was initially created by Will Kellogg, the food manufacturer and founder of Kellogg Company. The Ford Foundation, which was first created by the founders of the Ford Motor Company, added a $2,350,000 donation. The Open Society Foundation, a foundation run by liberal billionaire mega-donor George Soros, gave $1,750,000 to the Center for Community Change.

Other donors to the organization include the California Endowment, which gave $524,500; the Marquerite Casey Foundation, which gave $515,000; Fidelity Charitable Gift, which donated $505,100; and the National Immigration Law Center, which gave $316,000.