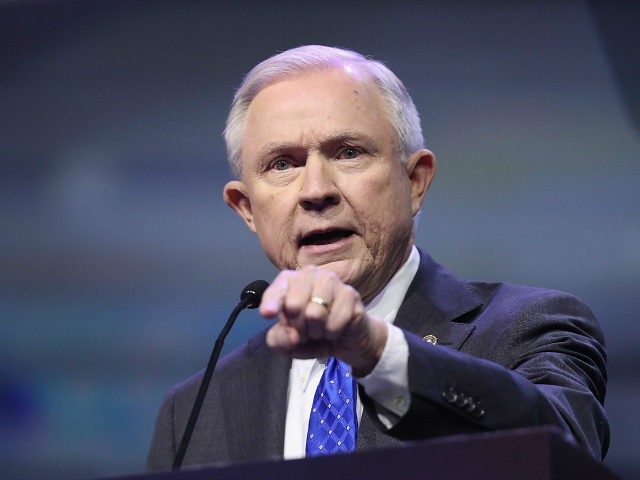 Attorney General Jeff Sessions ordered the U.S. Department of Justice (DOJ) to file a lawsuit on behalf of President Donald Trump and his administration against the State of California, Gov. Jerry Brown, and Attorney General Xavier Becerra, seeking a court order that California’s sanctuary city laws violate the U.S. Constitution. This case is likely ultimately heading to the U.S. Supreme Court.

“The Constitution affords Congress the power to ‘establish a uniform Rule of Naturalization,’ and to ‘regulate Commerce with foreign Nations, and affords the President of the United States the authority to ‘take Care that the Laws be faithfully executed,’” the DOJ’s civil complaint continues.

It then quotes the Supremacy Clause, which provides, “This Constitution, and the Laws of the United States which shall be made in Pursuance thereof … shall be the supreme Law of the Land … any Thing in the … Laws of any State to the Contrary notwithstanding.”

“Thus, a state enactment is invalid if it stands as an obstacle to the accomplishment and execution of the full purposes and objectives of Congress, or if it discriminates against the United States or those with whom it deals,” the court papers read, quoting various Supreme Court cases.

Based on its enumerated powers and its constitutional power as a sovereign to control and conduct relations with foreign nations, the United States has broad authority to establish immigration laws, the execution of which States cannot obstruct or discriminate against.

DOJ then cites various federal laws and regulations the California statues violate and quotes the Supreme Court’s holding in Arizona v. United States that Congress has “enacted a comprehensive framework for combating the employment of illegal aliens.”

The Trump-Sessions DOJ then also filed a motion for a preliminary injunction, asking for a federal court order blocking California’s laws even while litigation is ongoing in “order to avoid ongoing, irreparable harm to the United States and its interests.”

“California is intentionally obstructing the enforcement of federal law in violation of the Supremacy Clause,” the 49-page court filing begins, then unpacks its legal arguments as to why the Constitution is on the side of the Trump administration.

The case has not yet been assigned to a federal district judge at the time of this filing but will be assigned and scheduled for briefing and argument in the near future. From there, the case will go to the U.S. Court of Appeals to the Ninth Circuit, where it faces an uphill battle. But afterward, it is likely to go to the U.S. Supreme Court, possibly reaching that final court sometime in 2019.

The case is United States v. California, No. 18-264 in the U.S. District Court for the Eastern District of California.