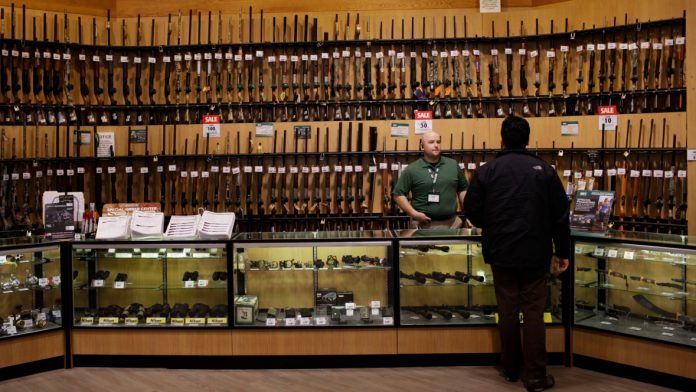 Parkland, Fla., shooting accused bought a weapon at Dick’s, but chain will change its policy

Dick’s Sporting Goods says it is ending sales of assault-style rifles in its stores and won’t sell guns to anyone under 21 years old following the massacre two weeks ago in Parkland, Fla.

Dick’s chairman and CEO Edward Stack said on Good Morning America on Wednesday that after the shooting, the company “felt it needed to do something.”

Stack says Nickolas Cruz, charged with 17 premeditated murder counts following the shooting Feb. 14, had purchased a gun at a Dick’s store, but not the one used in the school shooting, even though all existing rules were followed.

Stack said the system that’s in place won’t stop sales to dangerous people and said lawmakers must do something.

Stack said Dick’s is prepared for any potential backlash, but will not change its policies on gun sales.