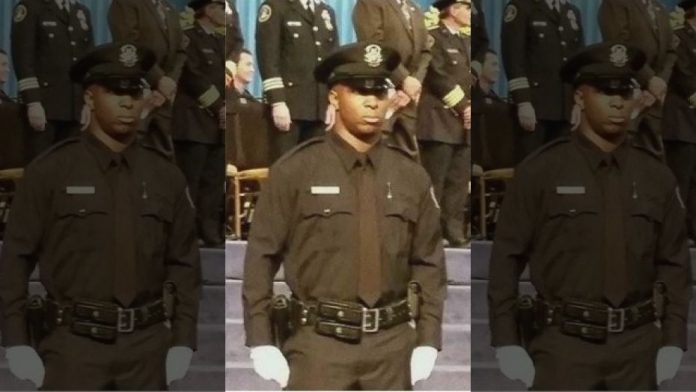 Detroit Police Office Glenn Doss Jr. died Sunday after being shot in the head and chest Wednesday while responding to a domestic violence call.

A Detroit police officer who was shot last week while responding to a domestic violence call died Sunday, the department’s chief said.

Officer Glenn Doss Jr., 25, was shot in the head and chest on Wednesday night after receiving reports of a couple arguing and possible shots fired, Fox 2 Detroit reported.

When Doss, along with other officers, arrived at the scene, they encountered a 43-year-old suspect who was standing outside the home with a weapon, according to the Detroit Free Press.

The suspect opened fire on them before they even got out of their squad car, shooting Doss. The officer’s partner, Samuel Anderson, took him to to Detroit Receiving Hospital.

The suspect reportedly barricaded himself inside the home until officers threw teargas into the home, and eventually captured him.

“He’s not that type of person. He’s not himself,” Scott told the news station. “He’s no evil person. I feel sorry and prayers to the family, but this just not him.”

Police Chief James Craig on Sunday called Doss, who had been with the department for two years, an “American hero.”

Officer Glenn Doss Sr., Doss Jr.’s father who’s a 19-year veteran of the department, said he never told his son to be a police officer, and that he had initially studied therapy and psychology.

“I told him to go to [Detroit Public Safety Headquarters] and put in an application. Three months later he started the academy and fell in love with the job,” Doss Sr. added.