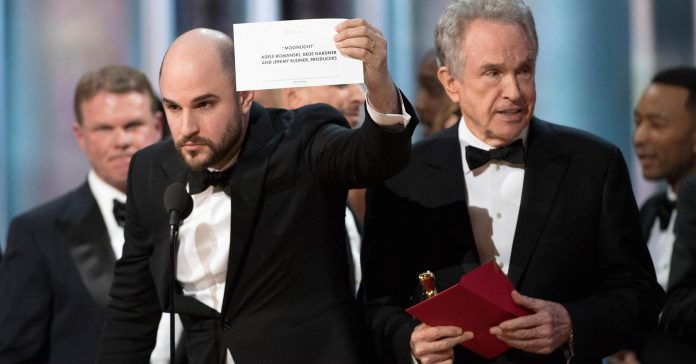 Accountancy firm PricewaterhouseCoopers (PwC) will continue to work for the Oscars, in spite of an envelope mix-up at the awards ceremony that saw La La Land temporarily given the Best Picture statuette rather than Moonlight.

In a letter to members shown to Reuters, Cheryl Boone Isaacs, the president of the Academy of Motion Picture Arts and Sciences, said that PwC had made a “presentation of revised protocols and ambitious controls,” following the mistake.

She added that the Academy had been “unsparing in our assessment that the mistake made by representatives of the firm was unacceptable.”

Mobile phones and other devices will have to be handed over before accountants go backstage, Boone Isaacs said.