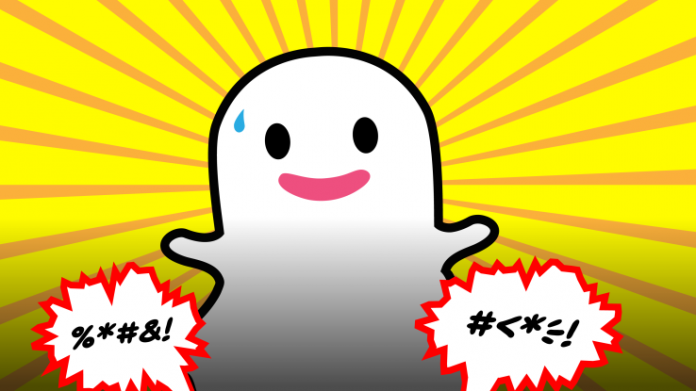 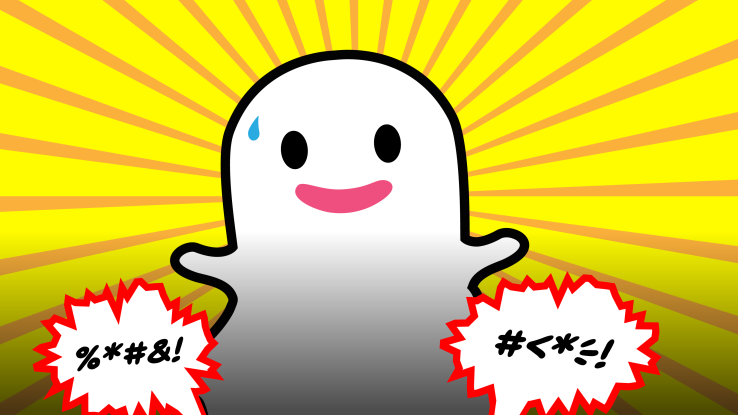 “What’s all the fuss about?” Curiosity over why people are protesting the Snapchat redesign seems to have inspired a new wave of users to try the app. Snapchat downloads in the U.S. went up 41 percent to 76 percent in the week following the redesign’s February 6th rollout compared to the week before, according to data provided exclusively to TechCrunch by Sensor Tower.

The average growth of first-time installs was 55 percent when comparing the week before and after the redesign’s U.S. rollout, equating to approximately 322,000 more installs. Compared to a year ago, downloads the week before the rollout were down 35 percent, while the week after the rollout they were down just 7.8 percent. [Update: Sensor Tower has since published a blog post about the Snapchat redesign.]

That renewed interest could help Snapchat continue its momentum from last month’s strong Q4 earnings report that showed a resurgence in Snapchat’s growth to 5.05 percent after sinking from 17.2 percent before the launch of competitor Instagram Stories to a low of 2.9 percent in Q3 2017. 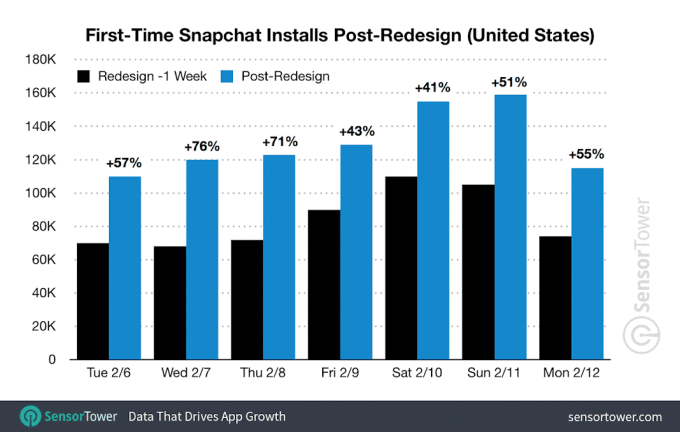 Meanwhile, App Annie‘s analytics show that the redesign’s rollout was met with a surge up the U.S. App Store charts. Snapchat went from No. 7 on the overall U.S. chart to No. 2 in the days after the redesign rolled out. And then on February 21st, super-celebrity Kylie Jenner tweeted “sooo does anyone else not open Snapchat anymore? Or is it just me… ugh this is so sad,” contributing to a $1.3 billion drop in Snap Inc.’s market cap as its share price sank. Yet the app suddenly shot from No. 8 to No. 1 on the charts on the back of the commotion. 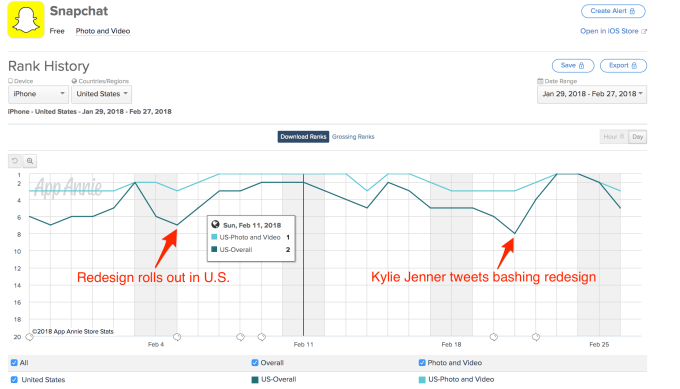 SimilarWeb found that Snapchat has maintained a 25 percent install rate on all U.S. Android devices after the tweet on February 21st, with active app users rising from 32 percent that day to 33 percent on February 24th. It’s unclear if Snap has been buying app install ads that could have boosted its numbers, but it seems all the backlash may have merely made Snapchat the center of conversation.

Snapchat may be able to weather the storm of the redesign that inspired big spikes in negative reviews. Back in January when the redesign was rolling out to the U.K., Australia and Canada, Sensor Tower found 83 percent of Snapchat’s app reviews, 1,941, were negative. Many reviews fixated on how the redesign confusingly jammed Stories with ads between private messages, and moved social media stars and people who don’t follow you over to the Discover section.

When the redesign came to the U.S. on February 6th, negative reviews poured in. More than 1.2 million people signed a petition to get Snapchat to roll back the changes. The company responded, writing “We hear you, and appreciate that you took the time to let us know how you feel. We completely understand the new Snapchat has felt uncomfortable for many.”

A week earlier, Snap CEO Evan Spiegel explained at a Goldman Sachs conference that Snapchat would forge ahead with its redesign that separates the social from the media. “Even the complaints we’re seeing reinforce the philosophy. Even the frustrations we’re seeing really validate those changes. It’ll take time for people to adjust, but for me using it for a couple months I feel way more attached to the service,” Spiegel said.

But rather than stick its head in the sand, the company wisely responded to the backlash with another update. This adds new tabs in the Friends and Discover sections of the apps that create dedicated spaces for friends’ Stories and creators you subscribe to so they’re not strictly mixed in with your messages or professional news publishers.

Now Snapchat has the algorithmically sorted feed I implored it to build back in April that shows your best friends first, but with an option not to view them scrambled up with messages. It’s the right balance between Snapchat’s conviction for its new philosophy that makes the app easier to quickly enjoy, and keeping its ears open to its community’s needs.

For more on Snapchat’s big changes, check out these TechCrunch articles: