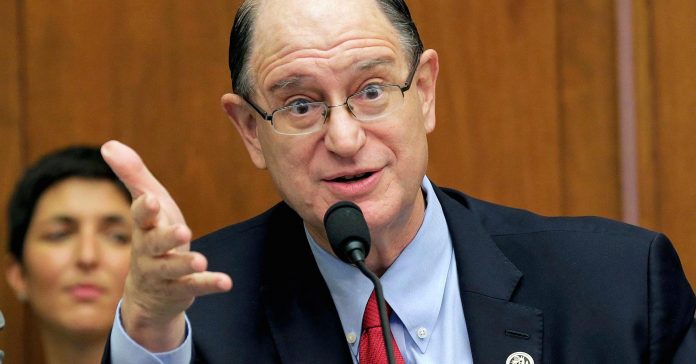 A House Financial Services subcommittee met Wednesday in what was supposed to be an overview of the cryptocurrency landscape. The two-hour hearing raised more questions than answers, and shined a light on some Congress members’ deep skepticism around digital currency.

“Cryptocurrencies are a crock,” Rep. Brad Sherman (D-Calif.) said to kick off his opening remarks. “They allow a few dozen men in my district to sit in their pajamas all day and tell their wives they’re going to be millionaires.”

Sherman had a litany of concerns. Bitcoin has the ability to help terrorists, criminals, tax evaders and start-up companies looking to commit fraud, he said, adding that bitcoin undercuts the U.S. dollar as a source of the Fed’s $50 billion revenue.

The committee was called to discuss initial coin offerings, or ICOs, which are used by companies to raise capital for businesses and products. There have been $2.6 billion ICOs so far this year, according to the latest research from Autonomous Next.

Sherman accused the cryptocurrency community of using the term ICO to “lie to the public and convey the image that is like an IPO.”

“They stole the intellectual property and trademark of legitimate investing and applied it to a fixed, fraudulent gambling scheme of no social benefit,” Sherman said.

The U.S. Securities and Exchange Commission has stepped up regulation of those fundraising efforts. Commission Chairman Jay Clayton,and J. Christopher Giancarlo, the chairman of the Commodity Futures Trading Commission, wrote in a January Wall Street Journal commentary that, “The SEC is devoting a significant portion of its resources to the ICO market.”

The SEC’s announcement last week that it will require digital asset exchanges to register with the agency helped send bitcoin prices below the key $10,000 level. Bitcoin fell 9 percent Wednesday, below $8,300.

Rep. Bill Huizenga (R-Mich.), chairman of the subcommittee, pointed out that the session was “hello and not goodbye” when it comes to the regulating the “crypto craze.”

“We know that this has moved very quickly,” Huizenga said. “This panel, this Congress is not going to sit by idly with a lack of protection for investors.”

Huizenga referenced a soon-to-be published study of the ICO market by MIT professor Christian Catalini, which estimates that $270 million to $317 million of the money raised by coin offerings has “likely gone to fraud or scams.”

Mike Lempres, chief legal and risk officer of Coinbase, was among those testifying before the Capital Markets, Securities, and Investment Subcommittee. Twenty percent of the company’s workforce is committed to compliance, and Coinbase is “waiting for the dust to settle” before actively engage supporting ICOs, he said.

“Once the rules are clear we will move in,” Lempres said.

“They’re pouring their life savings into virtual currencies and they stand to lose a lot of money when this bubble eventually bursts,” Maloney said.

She said she is working on a bill that “would regulate virtual currencies but not the technology,” with “robust” investor protections, including disclosures that will be regulated by the SEC.

“This is something that Democrats and Republicans should be celebrating here in Congress not going ‘oh my gosh, this is terrible, we don’t understand it’,” said Emmer, who is a member of the Congressional Blockchain Caucus.

He urged members of Congress not to search for “new policemen” and not to “take the policemen we already have and give them more powers to start to invade this space and perhaps frustrate the development.”

“I realize there has to be some regulation but there needs to be a balance,” he said.