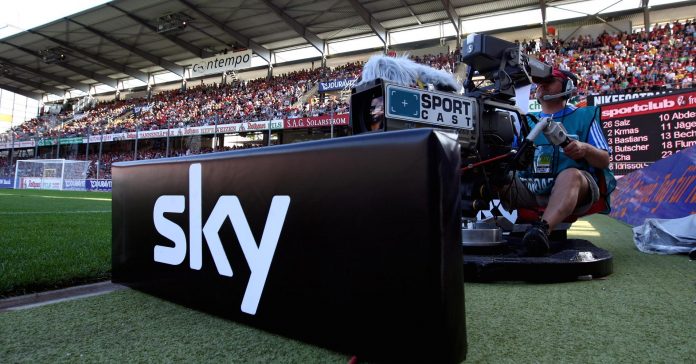 Khalaf added it remains to be seen whether Murdoch’s 21st Century Fox has the appetite to try to counter Comcast’s offer for Sky. This is perhaps especially relevant given the fact Fox has agreed to sell a string of its assets, including Sky, to Disney.

“This isn’t a done deal yet though … The market clearly smells the scent of some more action before this saga draws to a close,” he added.

Comcast said it had not engaged with Sky ahead of its possible takeover bid and a spokesperson for Sky declined to comment when contacted by CNBC on Tuesday. Disney CEO Bob Iger also declined to make any comment to reporters on Tuesday regarding Comcast’s proposal, according to Reuters.

“At this point we have to remember that it is not really Fox, it’s Disney,” Brett Harris, research analyst at Gabelli & Company, told CNBC Tuesday. “So it’s really what does Disney want to do. I think that Disney, for the same reason that Comcast wants Sky, I think Disney wants Sky,” he added.

Comcast’s offer for Sky comes at a time when traditional cable television networks have been losing customers to streaming services such as Amazon and Netflix.

When asked whether Comcast’s move to buy Sky could prompt other media companies to consider takeover bids in Europe, CSS Insight’s Pescatore replied: “For sure. We are going to see huge disruption ahead and that’s very much driven by the online giants such as Amazon and Netflix.”