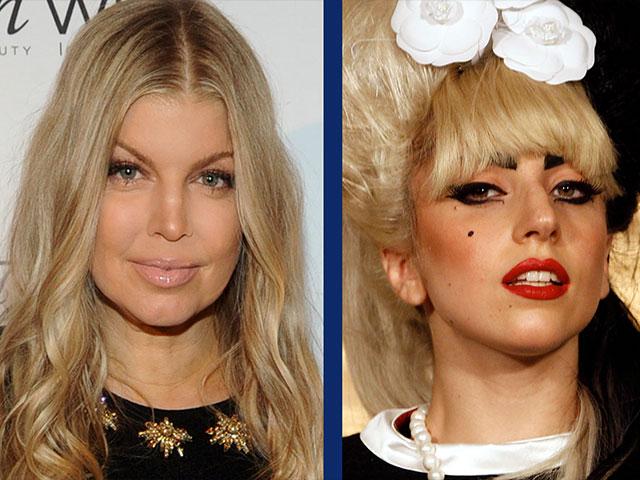 Lady Gaga’s recent announcement about mental health issues made headlines around the world.

She told her fans she had to postpone her European tour due to physical and mental health.

I have always been honest about my physical and mental health struggles. Searching for years to get to the bottom of them. It is complicated and difficult to explain, and we are trying to figure it out. As I get stronger and when I feel ready, I will tell my story in more depth, and plan to take this on strongly so I can not only raise awareness, but expand research for others who suffer as I do, so I can help make a difference. I use the word “suffer” not for pity, or attention, and have been disappointed to see people online suggest that I’m being dramatic, making this up, or playing the victim to get out of touring. If you knew me, you would know this couldn’t be further from the truth. I’m a fighter. I use the word suffer not only because trauma and chronic pain have changed my life, but because they are keeping me from living a normal life. They are also keeping me from what I love the most in the world: performing for my fans. I am looking forward to touring again soon, but I have to be with my doctors right now so I can be strong and perform for you all for the next 60 years or more. I love you so much.

“I have always been honest about my physical and mental health struggles. Searching for years to get to the bottom of them. It is complicated and difficult to explain, and we are trying to figure it out,” she wrote in her post. “I am looking forward to touring again soon, but I have to be with my doctors right now so I can be strong and perform for you all for the next 60 years or more.”

Singer and songwriter Fergie Dulhamel is also opening up about her personal struggles, saying at one time she saw demons.

“I got to a point where I was seeing devils everywhere. Devil faces. Creatures that would appear to me and say ‘fly, fly, fly,'” Fergie says in a recent music video.

“I would constantly be in the state of just listening to these characters, or these demons, or creatures – what they were going to tell me, what their messages were,” she adds.

Fergie also shared that she almost had a panic attack in public.

“I was just going to lose it. I was about to start screaming at everybody on the street,” she says.

Both Fergie and Gaga’s struggles are the reasons why ministries like the Hollywood Prayer Network (HPN) exist, to pray for those who live and work in the entertainment industry.

“For both of them it’s not something new. I think it’s something they’ve been dealing with a long time,” said HPN Founder Karen Covell.

She commented, “I think they’ve just come to the point of realizing that if we aren’t open and honest about what we’re all going through that other people can’t relate or we have a less chance of healing. And I give them both credit for being bold and being open about what they’ve been going through.”

Covell pointed out that Hollywood is a very competitive place and that it often takes a toll on people in the business.

“When you get to the place of celebrity it gets even more difficult. People think being a celebrity is so exciting but it’s really more of a curse than a blessing.  You can’t live a normal life.  You can’t be open about who you are. You have to have an image that everybody likes,” she explained.

“It’s a tough place to be. I think a lot of spiritual battle,” Covell also said.

HPN boasts more than 100 prayer networks in 30 countries and is committed to praying for actors, actresses, producers and others who struggle in Tinseltown.

Through a partnership with Mastermedia International, HPN takes the time to pray monthly for actors, actresses, executifves and others in Hollywood.

“Take somebody everyday and pray for them. Pray that they can experience the love of God. That they can get in community with loving people and to have some hope.”

Mastermedia International, a Christian based organization, has consulted on faith and media issues with executives from companies such as Time-Life, HBO, MTV, AMC, Disney Studios and Warner Brothers.

The group also puts out a quarterly prayer calendar and provides the name of a media executive and a cultural influencer to pray for each day.  It asks people to pray for God’s personal impact in their lives; for His guidance, wisdom and protection; and for them to come to a deeper relationship with Him.  They also pray for God to infuse media with messages of sacrificial love, redemption and hope.