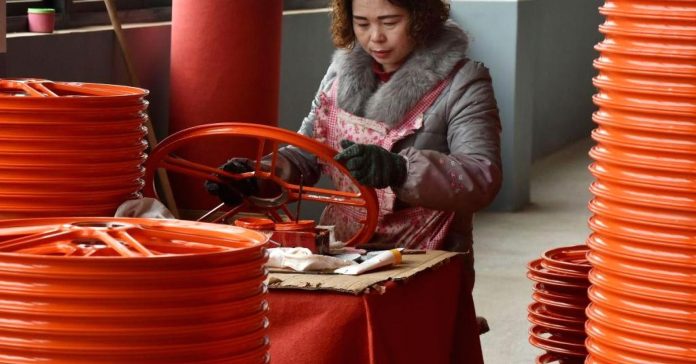 A reading above 50 indicates expansion, while a reading below that signals contraction.

China’s February PMI reading may be influenced by long Lunar New Year public holidays this year, as factories shut over the festive season. The holiday fell in January last year.

Official services PMI meanwhile fell to 54.4 in February from 55.3 in January.

Economists are expecting the Chinese economy to cool in 2018 after an unexpectedly strong showing in 2017 as the government cracks down on polluting industries and high debt levels.

China’s official PMI gauge focuses on large companies and state-owned enterprises, while another set of readings by Caixin and IHS Markit focus on small and medium-sized enterprises — that data set is scheduled to be released tomorrow.