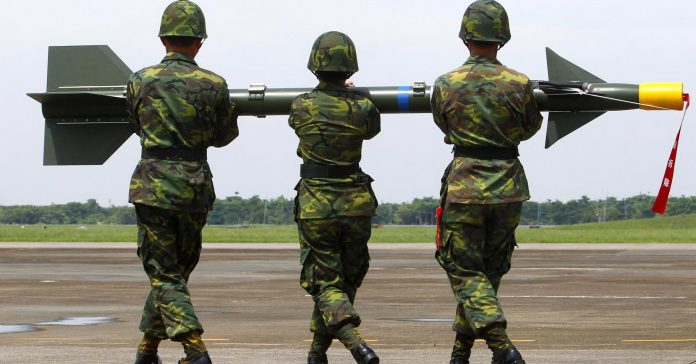 The communist nation has said the additional routes will help ease flight delays in an already congested flight area, but analysts warn of a greater agenda at play.

It’s “all a part of China’s strategy — ratchet up pressure on Taiwan in both large and small ways — especially while the world is focused on the crisis on the Korean Peninsula,” said Thomas Shattuck, research associate at the Foreign Policy Research Institute, who added that the incident revealed the poor state of cross-Strait relations.

The threat of Chinese invasion — a remote possibility for now, according to Shattuck — has been widely discussed as of late. Last month, Chinese diplomat Li Kexin reportedly said that he had told U.S. officials that his country would use force on Taiwan if the U.S. sent navy ships to the island.

Tsai, who Beijing believes is pushing for Taiwanese independence, has made her stance known to the International Civil Aviation Organization — a United Nations organization — but her complaints may not produce any results.

“Unfortunately, since Taiwan is not a member of the U.N., it is also not a member ICAO and cannot broach the topic directly … it is unlikely that ICAO will work in favor of Taiwan,” said Shattuck. Instead, he said President Donald Trump’s team “should be more forceful in its rebuke of China’s unilateral action.”