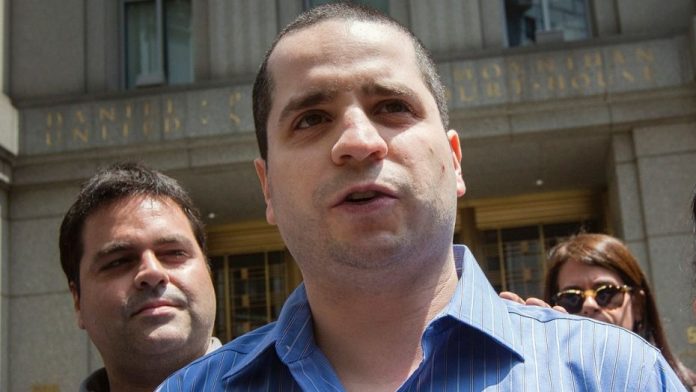 Former NYPD cop Gilberto Valle, known as the “cannibal cop,” crept into the literary world with the publishing of his first horror novel.

The book, “A Gathering of Evil,” follows two young New York women as they are targeted by “a group of wealthy and violent sadists” who crave to “kidnap a young woman and brutally end her life,” according to the book’s Amazon description. The description is followed by a warning of “graphic and violent material.”

A review on the site from CrimeFeed says he is “quite a good writer” and extreme horror fans will find it a “compelling read.”

Valle hopes the book will lead to a big paycheck, telling the Daily News his reason for writing it “comes down to me trying to find a way to make a living.”

“I realized I have an ability to tell a story,” he said. “And something coming from me obviously couldn’t be romantic comedy or something, considering my history.”

In 2012 Valle’s then-wife discovered gruesome posts on their computer detailing plans to kidnap and eat women, leading to his arrest.

He served almost two years in prison and was later exonerated when a judge declared his plans were purely imagination, though his life as a cop could not be redeemed.

Valle went on to publish a memoir from his experience, “Raw Deal: The Untold Story of NYPD’s ‘Cannibal Cop,” his first foray into writing.

On his current novel, he told the Daily News it’s “very graphic” and “not for everyone,” describing it as a “sexual fetish.”

Though the former cop wishes he could have his old life back, he added that if the “book does decent, there will definitely be a sequel.”