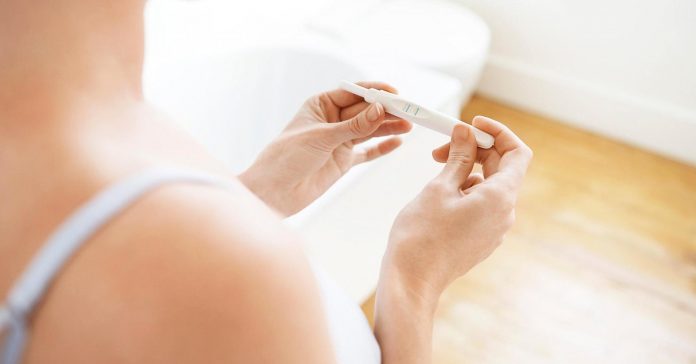 Fertility also beat gross domestic product (GDP) levels to the punch when it came to foreshadowing a downturn. The research discovered that while GDP growth declined in the last quarter of 2007 and went negative in mid-2008, “conception growth turns negative in mid-2007 and breaks from trend over a year before.”

The NBER spotted the exact same trend before the two smaller recessions in the report’s 30-year time frame, citing an “anticipatory drop in conceptions” ahead of both 1990 and 2001.

The study is not the first to find that fertility is a forward-looking decision — couples very often make the choice to conceive when they know economic conditions are positive, like during the famous baby boomer years following World War II that characterized a new age of American prosperity. Conversely, negative economic prospects often lead many couples hold off on having children.

But study is the first to reveal that fertility rates were actually predictive of economic downturn, falling several quarters before recession hit, often before markets and economists themselves predicted the contractions.

Still, the pattern isn’t perfect. The researchers wrote that in the economic cycles between 1968 and 1988, they didn’t find a “striking anticipatory drop” in conceptions before the recessions during that time frame. A host of other factors could also be influencing the fertility trends.

The analysis also only focused on the U.S. rather than the whole world. The NBER researchers stressed the importance of being discerning when choosing data frequency and economic performance measures in any future work on fertility and the economy.

Numerous attempts have been made in the past to correlate certain trends with the health of the economy, from food and cosmetics consumption to the length of women’s skirts. Many of the more entertaining theories have been debunked. Nonetheless, given the expertise of the study’s authors,