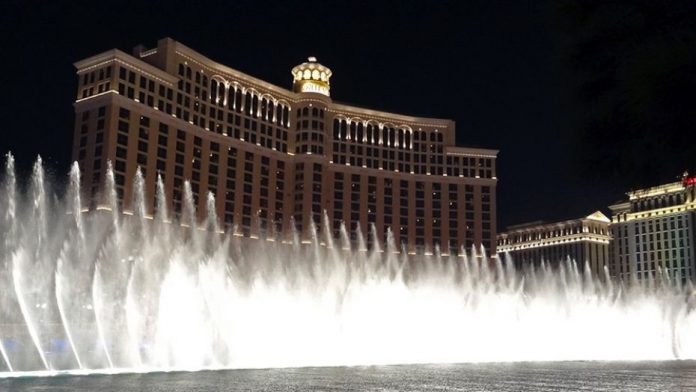 Las Vegas Metropolitan police are investigating a reported robbery at the Bellagio hotel and casino on the Las Vegas Strip.

Law enforcement officials in Las Vegas are investigating a reported robbery at the Bellagio Hotel & Casino on the Las Vegas Strip — which caught the eye of actor James Woods, who was gambling at the time.

The robbery unfolded near the poker cage of the casino area just before 3:50 p.m. local time, the Las Vegas Metropolitan Police Department said.

The suspect approached the poker cage and demanded an unspecified amount of money.

Woods tweeted that he was playing poker at the casino when “a guy walks up with a gun and robs the cage thirty feet from us.”

He added that the staff of the Bellagio “were fantastic. They surrendered the money quietly, so no customers would get hurt. Nobody even realized it was happening. Excellent staff, cool under pressure.”

The Bellagio was the site of one of the most famous fictional heists in movie history, as seen in the 2001 film “Ocean’s Eleven.” The crew played by a big-name cast — including George Clooney, Brad Pitt and Matt Damon — aimed to rob the Bellagio, the Mirage and the MGM Grand.

In Tuesday’s robbery, police have said they’re looking for a white man who was armed with a handgun and wearing a mask. He escaped in a silver Chevrolet Cruze with Nevada license plates.

Fox News’ Andrew Craft contributed to this report. This is a developing story. Check back for updates.