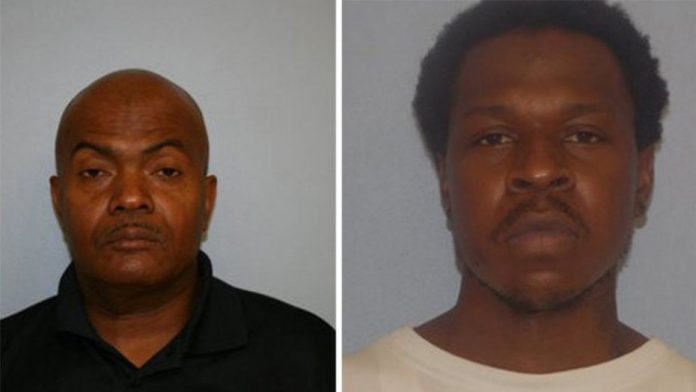 Tony Martin Patillo, 51, and James Don Johnson, 32, are charged with first-degree rape and first-degree sodomy in the Friday-night attack of an Auburn University student .

An Auburn University student was raped by an on-campus shuttle driver on Friday – while a second driver in the vehicle stayed behind the wheel, authorities said Monday.

The Auburn Police Department said James Don Johnson, 32, and Tony Martin Patillo, 51, were arrested and charged with first-degree rape and first-degree sodomy in connection with the attack on an 18-year-old student, AL.com reported.

Police told WSFA-TV one of the transit workers steered the bus as the other assaulted the 18-year-old woman while the vehicle was off-campus.

Authorities said they received a call from a Good Samaritan about a man exposing himself while standing over a woman.

“The caller advised that they observed a male subject standing over a female subject who was laying on the ground, and he apparently had his pants down,” Assistant Chief William Mathews told WSFA.

After officers detained Patillo, Mathews said a further investigation determined the 18-year-old victim, who “appeared to be incapacitated,” got on a bus and found herself alone with Patillo and the driver, Johnson.

“While on the bus, she was sexually assaulted by Patillo, an employee of First Transit. The investigation further determined that Johnson, who was driving the bus, engaged in actions to perpetuate the crime while Patillo was in the rear of the bus assaulting the victim,” Mathews told WSFA.

Patillo later left the bus with the victim, where he was spotted by the Good Samaritan who called 911. Police said Johnson continued on, steering the bus along its route.

“He was complicit in the event. He allowed the event to take place,” Mathews said of Johnson.

Police credited the Good Samaritan who dialed 911 to help the victim as one of “the heroes of the story.”

“It was because of their quick reaction and notification to the police, that we were able to make such a quick arrest,” Mathews told WSFA.

Auburn University issued a statement to WSFA about the incident.

“Our top concern is the well-being of the victim, and we cannot stress in strong enough terms our shock and distress over this despicable act. We immediately provided support and all available resources to the victim and continue to do so,” the statement said. “…We are evaluating the future of the university’s relationship with First Transit.”