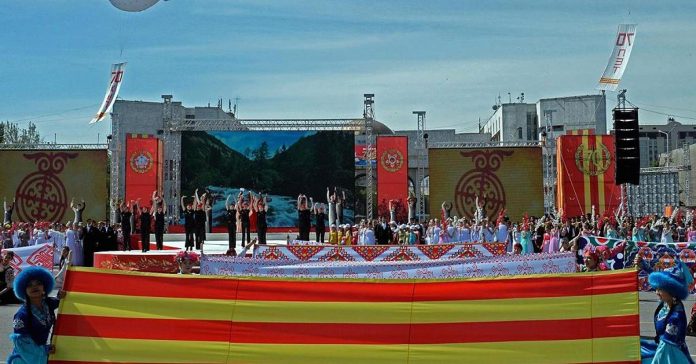 “The fundamental thing that can help the Kyrgyz Republic leap-frog into a better country with a better economy is technology,” Aziz Soltobaev, founder of KG Go, a website aimed at boosting tech entrepreneurship in the country, told CNBC. “The tech community here is growing organically, the initiative comes from the community, not the government or educational institutions.”

He hopes to turn his country, which, unlike its neighbors, lacks oil, gas or fossil fuels, into Central Asia’s tech hub. Chinese money — through its Belt and Road project — could “positively impact our plans,” he said. Using a surfing analogy, he described China as “the big wave” that local entrepreneurs could ride.

China’s Belt and Road Initiative aims to connect Asia, Europe, the Middle East and Africa with a vast logistics and transport network, using roads, ports, railway tracks, pipelines, airports, transnational electric grids and even fiber optic lines. The plan, which continues to evolve, at one point included 65 countries, which together accounted for one-third of global GDP and 60 percent of the world’s population, or 4.5 billion people, according to Oxford Economics.

It’s all part of China’s push to increase global clout — building modern infrastructure can attract more investment and trade along the route. The policy could also boost the domestic economy with demand abroad, and might soak up some of the overcapacity in China’s industrial sector.

The world’s second-largest economy is a source of inspiration for Kyrgyz developers, noted Aibek Esengulov, founder of MakeUseOf.com. “In Bishkek, there are start-ups trying to replicate WeChat,” he said, referring to China’s multi-purpose mobile app.

He isn’t worried, he said, about the prospect of WeChat entering Kyrgyzstan and taking over the local market: “Competition is good in IT … It’s about who has the best idea and implementation.”