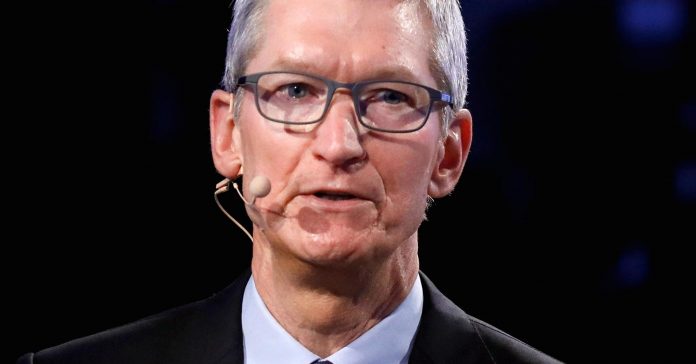 Apple received its highest ever number of U.S. government national security requests for data in the first half of the year, the company revealed Thursday.

The U.S. technology giant said it received between 13,250 and 13,499 requests affecting between 9,000 and 9,249 accounts, according to its transparency report. Apple is not allowed to disclose the specific numbers of requests received so has to do so in a range.

In the July to December period of 2016, Apple received 5,750 to 5,999 government national security data requests. So the latest figures are more than double that, showing the rise in activity from U.S. authorities looking to obtain data from large technology firms.

The requests come in the form of so-called National Security Letters (NSLs) and requests under the Foreign Intelligence Surveillance Act (FISA).

Disclosing these requests are voluntary but many technology companies including Google and Facebook do so.

On Thursday, Google also released its transparency report. It received up to 499 NSLs affecting between 1,000 and 1,499 accounts.

It’s unclear what could be behind the rise of the number of national security requests. But Apple is the second-largest smartphone maker by market share and has sold over 1.2 billion iPhones. It offers many features including secure messaging services.

Apple has had an uneasy relationship with law enforcement. Last year, the U.S. Federal Bureau of Investigation (FBI) ordered Apple to unlock the iPhone of Syed Farook, who was responsible for the shootings in San Bernardino, California, in December 2015 that left 14 people dead. Apple refused saying that it would set a “dangerous precedent.”