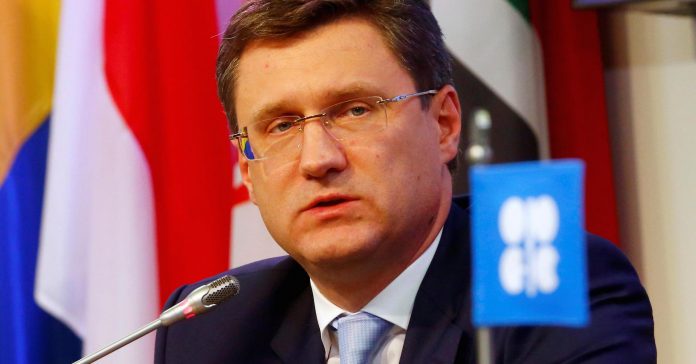 Russia plans to fulfill its obligations to cut oil output in line with the agreement between oil producing countries by the end of April, while more broadly assessing longer-term structural developments in the market, according to the country’s energy minister.

“Russia is reducing its oil production in stages, in accordance with the plans that we worked out voluntarily with our production companies,” Alexander Novak told CNBC during an exclusive interview in Arkhangelsk, Russia.

“The decrease in production in January and February were ahead of tempo with regards our initial plans. Currently, in March we have already reached a reduction level of 200,000 barrels a day. We anticipate complying with the figure set forth in the agreement by the end of April,” he revealed, noting this would constitute a reduction of 300,000 barrels of oil per day.

Beyond closely watching the level of compliance achieved by other nations participating in the agreement – which is currently reported to be at 94 percent overall, albeit largely propped up by a strong commitment on the part of Saudi Arabia masking more feeble compliance levels elsewhere – Novak said that overall supply and demand trends would be a key determinant of Russia’s enthusiasm for renewing the agreement at the end of May.

“And we will be following this closely, it will be important for us to know what’s going to happen in April, the forecasts for May and June and for the second half of next year,” he added.

Speaking to CNBC from the Artic, the Russian minister went on to explain the importance of the region to his country’s energy production plans.

“Currently, we are producing about 17 percent of our total oil production in the arctic. In twenty years, in accordance with our strategic plans this share will increase to as much as 26 percent,” he disclosed.