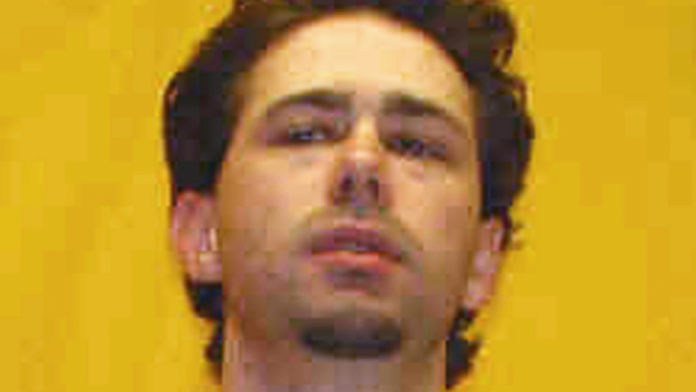 COLUMBUS, Ohio –  An Ohio prison inmate is expected to plead guilty to using a restraint chain to strangle a fellow inmate on a corrections transport van.

Casey Pigge (pij) was able to move around within the van despite having used a brick to kill his cellmate the previous year.

Pigge went to prison in 2009 after he was convicted of fatally slitting the throat of his girlfriend’s mother the year before.