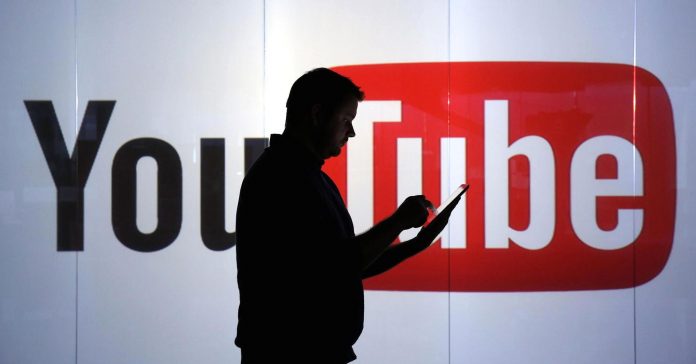 But the organization – which has had a rocky relationship with streaming businesses – said that current licensing and copyright laws are allowing some actors to get away with paying artists less than others.

“It makes no sense that it takes a thousand on-demand streams of a song for creators to earn $1 on YouTube, while services like Apple and Spotify pay creators $7 or more for those same streams,” RIAA CEO Cary Sherman, wrote in a blog post on Thursday.

“Why does this happen? Because a platform like YouTube wrongly exploits legal loopholes to pay creators at rates well below the true value of music while other digital services — including many new and small innovators — cannot. It may be the same song requested by the user, on the same device, but the payouts differ enormously because of an unfair and out-of-date legal regime.”

RIAA’s concern is around the Digital Millennium Copyright Act (DMCA), and it’s something that they have been attacking YouTube over for a while. The issue is over copyright-breaching content appearing on YouTube. The RIAA’s members complain that as soon as they issue one takedown notice to YouTube, another video breaching copyright appears, creating an “endless game of whack-a-mole”. This means that essentially record labels and artists are unable to negotiate deals with YouTube because their content is on there in some form without their consent.

“The way the negotiation goes is something like this: ‘Look. This is all we can afford to pay you,’ YouTube says. ‘We hope that you’ll find that reasonable. But that’s the best we can do. And if you don’t want to give us a license, okay. You know that your music is still going to be up on the service anyway. So send us notices, and we’ll take ’em down as fast we can, and we know they’ll keep coming back up. We’ll do what we can. It’s your decision as to whether you want to take our deal, or whether you just want to keep sending us takedown notices,” Sherman told Recode in an interview last year.

This is in contrast to the likes of Apple Music and Spotify which negotiate individual deals with record labels. Last year after the RIAA made similar complaints, YouTube released a blog post in which it didn’t deny that it paid less than Spotify and Apple Music, but said that it’s not right to compare it to the streaming services.

“The next claim we hear is that we underpay compared to subscription services like Spotify. But this argument confuses two different services: music subscriptions that cost $10 a month versus ad-supported music videos. It’s like comparing what a cab driver earns from fares to what they earn showing ads in their taxi,” Christophe Muller, head of YouTube international music partnerships, said in the post.

“So let’s try a fair comparison, one between YouTube and radio. Like radio, YouTube generates the vast majority of our revenue from advertising. Unlike radio, however, we pay the majority of the ad revenue that music earns to the industry. Radio, which accounts for 25 percent of all music consumption in the U.S. alone and generates $35 billion of ad revenue a year, pays nothing to labels and artists in countries like the U.S. In countries like the UK and France where radio does pay royalties, we pay a rate at least twice as high.”

The battle between the RIAA and YouTube doesn’t look likely to be over soon as the organization continues to push for changes to the DMCA and looks to get growth and revenues back to the industry’s heyday levels.

“A year of growth in the U.S. music business is welcome news. It suggests that years of patiently nurturing a nascent streaming marketplace has begun to pay off. But it does not erase 15 years of declines, or continuing uncertainty about the future,” Sherman said.