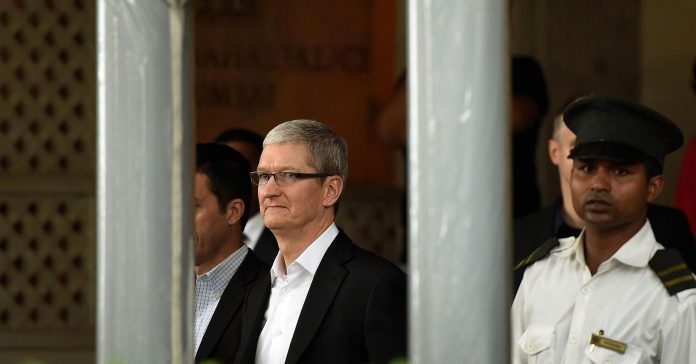 Apple’s services catalog for India, in contrast, is fairly thin and overlooks many challenges unique to the country, users say.

Apple Music, an outlier among other Apple services, is perhaps the best music streaming service in India thanks to the gradual broadening of the catalog and affordable monthly fee. Several users interviewed by CNBC said they preferred Apple Music over other streaming services — but the same wasn’t true of Apple Maps and Siri.

Apple Maps in India offers sparse mapping data of cities and towns, and often misses landmarks. It also lacks the basic turn-by-turn direction feature. “Apple Maps is a joke in India,” Bangalore-based Mihir Sharma, who drives on the roads of India’s Silicon Valley each day said. His experience was echoed by more than two dozen people CNBC spoke with. In the last several years, Apple has begun to acknowledge the issue and has hired hundreds of engineers at its mapping facility in Hyderabad.

Services are the hooks that keep users engaged with a platform, said Satish Meena, an analyst at Forrester. CarPlay, Apple’s automobile infotainment system, is available on various vehicle models in India but it doesn’t offer basic navigation functionality, another user complained.

Siri, Apple’s digital AI-powered assistant, is no different. It doesn’t understand many words of Indian origination and often struggles to make sense of Indian accents, users said. Apple has added support for Hindi diction and a Hinglish keyboard in the recent iOS updates, but users said it still isn’t good enough. In comparison, Google Assistant and Amazon’s Alexa, which was launched in India last year, are said to perform better in India.

Amid India’s demonetization move in late 2016, which saw many international giants such as Samsung and Google launch their payment services in the country, several people waited for the launch of Apple Pay in India — to no avail. In a recent interview, Eddy Cue, Apple’s senior vice president of internet and services, said the company was still exploring the service for the country.

“There is no denial that Apple ecosystem isn’t aligned much to the usage and value of Indian users. So, the services offered don’t have flavors that would entice the Indian users,” Faisal Kawoosa, an analyst with research firm CMR India said. “At the same time, the typical segment buying Apple products isn’t that typical Indian user. But, no brand can afford to underserve a segment — big or small,” he added.

Apple’s strategy for India, in general, is different from other Silicon Valley giants including Google, Facebook, and Microsoft — all of which have launched specialized apps and customized several of their core services to make them work on the country’s slow and patchy networks.

The Cupertino-based giant seemingly had an early advantage in India since it was one of the handful of international firms to maintain a software development team in the nation more than a decade ago. It laid off most of the staff from the development team in 2006, however, as it shifted focus to other markets.

In the recent years, Apple’s opinion of India, which Cook identified as a small market for the company in 2012, has changed as the sales of iPhones slowed in Western markets. In 2016, Cook paid his maiden visit to the country as the CEO of the company. During his four-day stay in the nation, he met with Bollywood stars, hung out at a cricket match and announced the first App Accelerator for India.

Based on the account of more than a dozen developers who have enrolled for the program, Apple executives are urging them to make apps for the local market instead of chasing the Western audience. Developers, many of whom work at major IT firms in the country, have also been urged to advise their companies to embrace new technologies in a timely fashion.