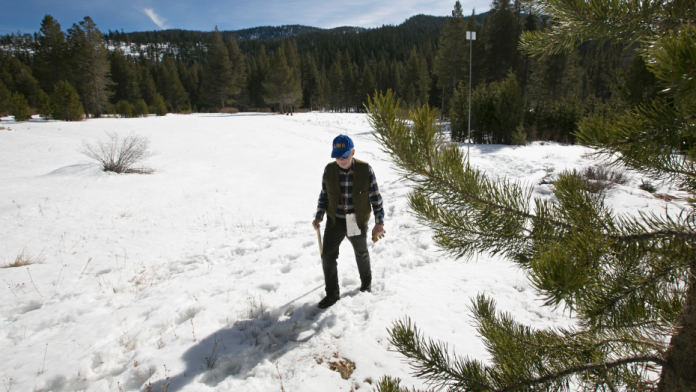 California water officials are trooping into the mountains Monday for the latest regular manual measurements of the year’s snowfall.

The snowpack historically has supplied Californians with about a third of their water for the year.

A late-winter storm last week has been piling up snow by the foot. That has eased the state’s plunge back into drought.

Water spokesman Chris Orrock says officials expect the storm to bring the state up to about half of the usual snowpack for this time of the year.

Before the storm, California had accumulated less than a quarter of normal snowfall. A dry February had pushed much of arid Southern California back into drought conditions.