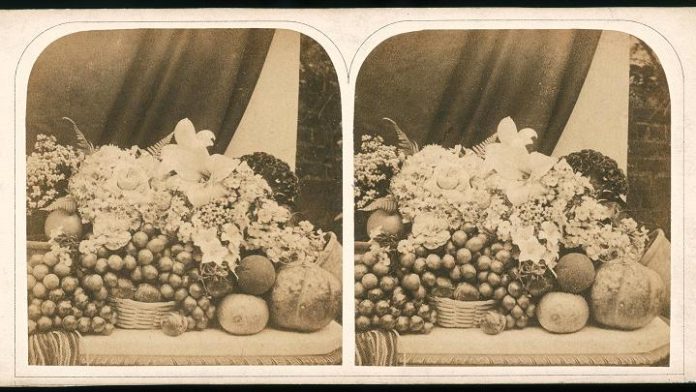 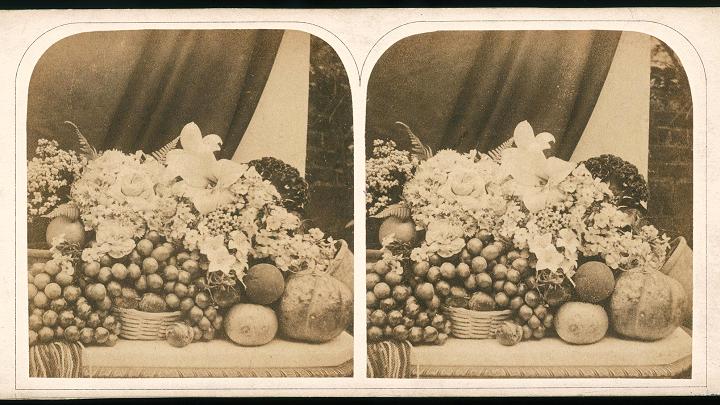 A stereoscopic card depicting a still life with fruit and flowers, circa 1865.

“Through the ages we’ve watched it develop. Disney filmed in 360-video very early. It takes you on a tour across America, which is amazing to view.”

Lucas Studios points to 2012 as the turning point, when Oculus founder Palmer Luckey recognized that elements like batteries, semiconductors, and thin mobile-phone screens had created a palette for virtual reality that was much more affordable than ever before.

“We now have an incredibly high-quality visual device in our pockets. It’s a very large screen, a multimedia display device,” Parkin said. “Mobile has made VR accessible to anyone”

Parkin said the next phase of virtual reality will be allowing a full range of movement, where users can walk through an environment and feel the items they touch. But even simple technologies are already finding their way into companies that work with Getty, he said.