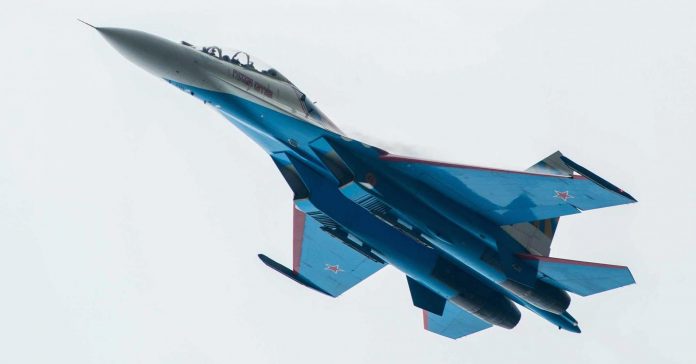 In a statement released Tuesday, the U.S. State Department said the Russian military aircraft had engaged “in an unsafe interaction” with a U.S. Navy surveillance plane.

The pilot of a Russian Su-27 fighter was “closing to within five feet and crossing directly in front of” the American EP-3 aircraft’s flight path, department spokeswoman Heather Nauert said in a statement.

That caused the American surveillance plane “to fly through the Su-27’s jet wash,” the U.S. 6th Fleet said. The incident took place on Monday as the U.S. EP-3 aircraft was flying in international airspace over the Black Sea.

The U.S. Navy said in a statement that the Russian military was “within its right to operate within international airspace, but they must behave within international standards set to ensure safety and prevent incidents, including the 1972 Agreement for the Prevention of Incidents on and Over the High Seas (INCSEA).”

It added that “unsafe actions‎ increase the risk of miscalculation and midair collisions.”

The U.S. aircraft was operating in accordance with international law and did not provoke this Russian activity, the U.S. Navy said.