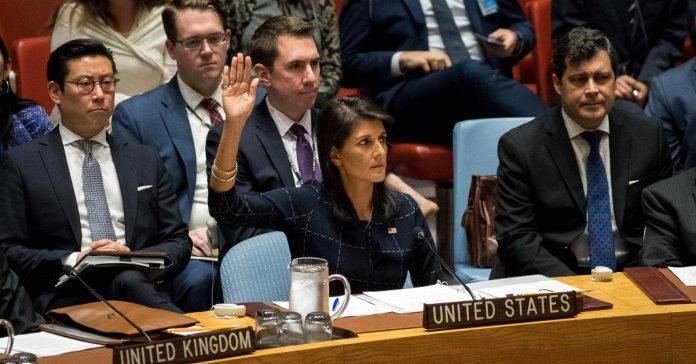 The United States has asked China to cut off oil supply to North Korea, U.S. Ambassador to the United Nations Nikki Haley said on Wednesday, warning that “if war comes, make no mistake, the North Korean regime will be utterly destroyed.”

“We have never sought war with North Korea, and still today we do not seek it. If war does come, it will be because of continued acts of aggression like we witnessed yesterday,” Haley told the U.N. Security Council, referring to Pyongyang’s ballistic missile launch on Tuesday.