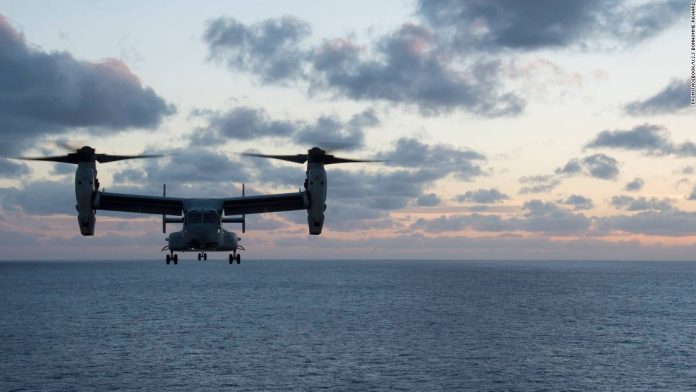 The US-led coalition, Operation Inherent Resolve, issued a statement Friday, confirming the crash of an Osprey but not specifying the location of the incident, merely saying it took place in “the Middle East.”

The statement also said that two US service members were injured in the landing but added that the injuries were “non-life threatening” and said that they have both been released from a medical treatment facility.

The coalition said the cause of the incident is being investigated but one US military official told CNN that it was not due to enemy activity, describing it as a hard landing.

Another official said the aircraft was heavily damaged in the landing and is currently considered non salvageable for military use.

Ospreys are often used to move US troops in and around Syria where hundreds of US military advisers are helping to train and support Syrian Democratic Forces as they battle ISIS in eastern Syria.

US Army Col. Ryan Dillon, a spokesman for the US-led military coalition, told reporters Thursday that the Syrian Democratic Forces, backed by US advisers and coalition airstrikes, had captured about 75% of the Syrian city of Raqqa, the one-time de-facto capital of ISIS.