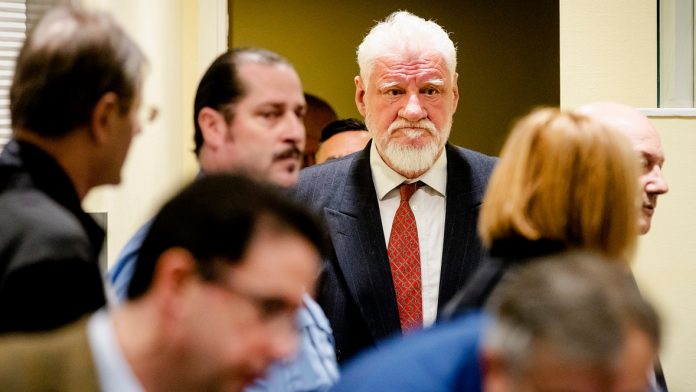 United Nations judges at The Hague in the Netherlands have suspended an appeals hearing after one of the suspects drank from a small bottle in court and claimed to have taken poison.

Slobodan Praljak, a former commander of Bosnian Croatian forces in Bosnia’s 1992–1995 war, drank from a small bottle or glass and yelled “I am not a war criminal” moments after judges at the International Criminal Tribunal for the Former Yugoslavia had confirmed his 20-year sentence on appeal.

The UN war crimes tribunal is handing down its last judgment in an appeal by six Bosnian Croatian political and military leaders who were convicted in 2013 of persecuting, expelling and murdering Muslims during Bosnia’s war.

Wednesday’s hearing is the final case to be completed at the groundbreaking tribunal before it closes its doors next month.

The tribunal, which last week convicted former Bosnian Serbian military chief Gen. Ratko Mladic of genocide and other crimes, was set up in 1993, while fighting still raged in the former Yugoslavia. It indicted 161 suspects and convicted 90 of them.

The original conviction said that late-Croat President Franjo Tudjman was a key member of a plan to create a Croat mini-state in Bosnia.